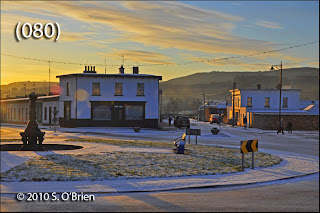 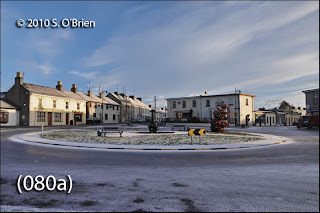 Quite light at this stage, but enough to cause problems for walkers. 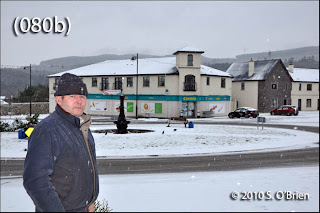 It began to get heavier, but Jimmy Power wasn't going to miss his daily newspapers! 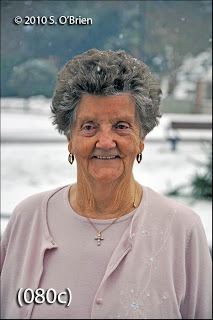 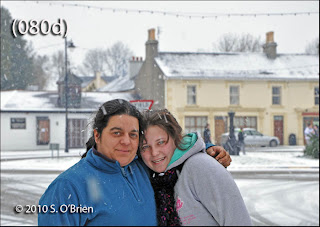 Things were deteriorating, but it didn't prevent Cleona O'Shea and Denise Kavanagh from walking about. In the background, boys were now beginning to throw snowballs! 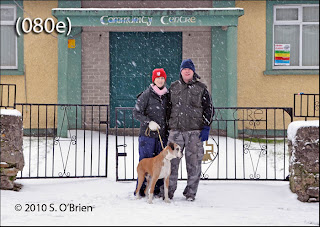 It was still getting heavier, but dogs had to be walked! 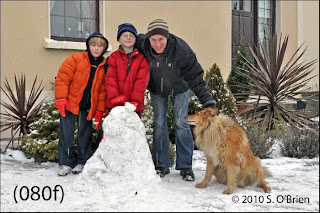 This family in Queen Street were making the most of it all! 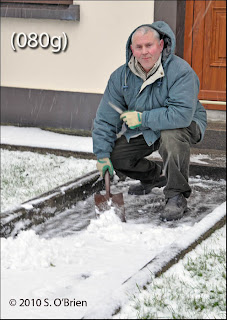 Nearby neighbour, Maurice Long,  was already making the approach to his house in Queen Street safer. 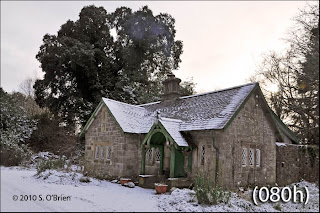 Setting out to get some landscape pictures, the lodge at Kellys' Gate looked attractive, but it was quite dull just at that time. 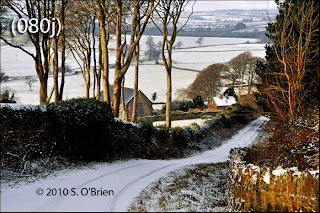 The view at Clonagam Hill was like something on a Christmas card, but I failed to get back up and had to make an 18-mile detour because the roads were becoming a problem. 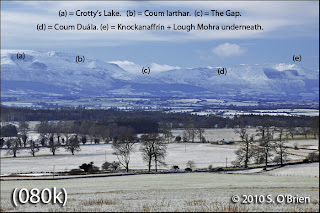 It was worth it all, however, when I saw this fine panoramic view of the Comeragh mountains.
Posted by Seán at 11:46 AM