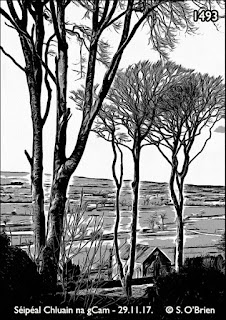 Autumnal scenes abound all around but are to be seen mainly in sheltered areas.
The colourful Chestnut leaves and conkers, also Spanish Chestnuts, disappeared rapidly during recent stormy weather,
but Beech leaves have lasted just a little longer.
Powerscourt estate and Waterfall area in Wicklow looked wonderful just a week ago.
Autumnal colours on some local garden shrubs are looking great at the moment and I have managed to capture a few such scenes. 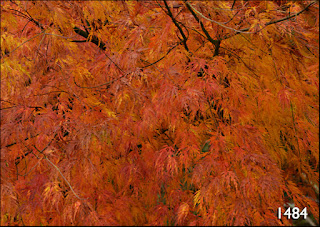 This Acer was the best I have come across, yesterday November 20th,
but was shedding it's leaves rapidly.
Three days later, not a leaf was left on this tree!!! 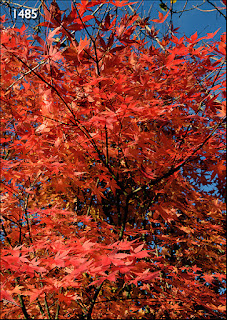 Nearby, a different member of the Acer family was equally at it's best on November 16th. 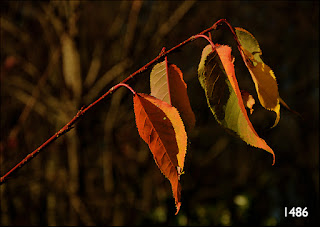 The leaves on some garden shrubs were struggling to survive. 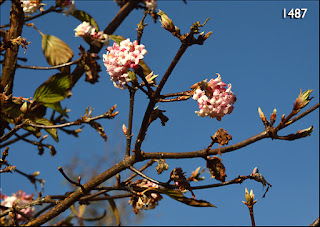 However, this shrub (Nov. 16th) was coming into bloom for the second time! 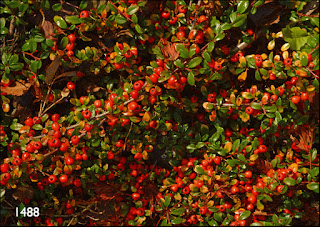 Cotoneasters are always an addition to any garden.
This ground-hugging speciemen was a sight to behold. 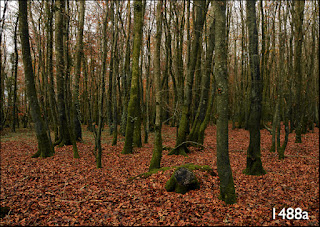 In Curraghmore estate, yesterday's lack of sunshine (Nov. 20th), done little for these young Beeches,
but the woodland floor was covered in this magic carpet. 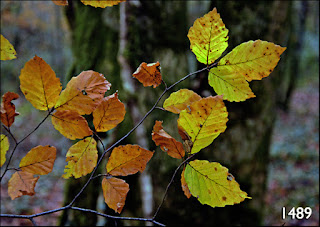 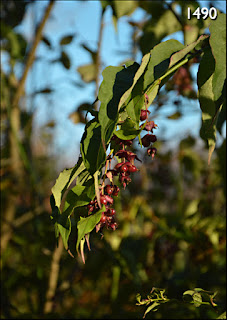 The leaves and berries on this attractive plant at Tower Hill
were recovering from the morning's heavy frost (Nov. 16th),
but will endure much longer . . . right into heavier frosts and any snow that may arrive.
The plant can be found at quite a number of places in the area,
the seed probably carried by birds from Curraghmore over the years.
The plant's botanical name is: Leycesteria formosa, but is popularly known as Pheasant berry,
as these birds like to eat the fruit.
I have seen it in a number of gardens, where it looks great when confined to a large pot.
It is a native of China and Tibet.
It can be planted as seed or purchased in some nurseries.
(Not a very good photo of it in this case. Image No. 033 looks much better . . . and is differently described). 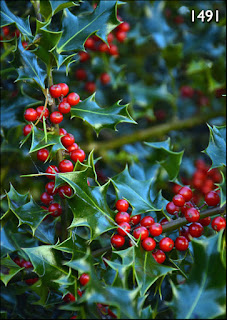 Berried Holly (Nov. 16th) can be found in numerous areas around,
and produces wonderful imagery, especially in sunshine.
Some years. few or no berries can be seen. 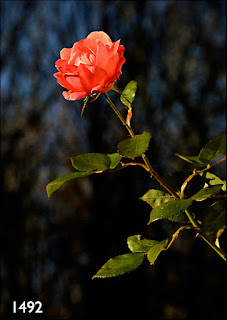 Finally, a superb pink Rose in a local garden on Nov. 16th.
These and yellow Roses seem to survive right into January each year.
If you want to isolate such subjects from the background,
set an aperture of 5.6 or a flower symbol on your camera,
if that feature is available.