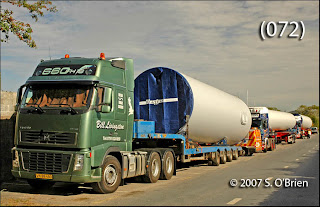 Portlaw's Turbine No. 1, in three sections,  arrives outside the local sportsfield  on September 19th 2007, having had to travel through the night when there was little traffic.
This was the only place they could park while awaiting a 'guide' to bring them to Baylough where they would be erected. 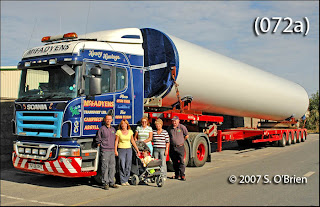 Truck No. 3, above, was owned by a haulage company in Campbelltown, Argyllshire, Scotland. 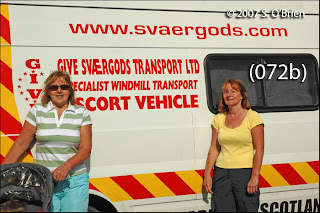 An escort vehicle, to precede the convoy, was essential.
This was of Danish origin. 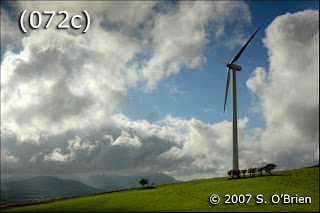 No. 1 Turbine in position high above the surrounding countryside.
In the middle distance can be seen the hill called Croughán
and behind that - the Comeragh mountains.