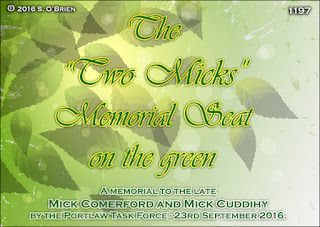 Portlaw Task Force will be unveiling a new seat on the village green
next Friday, 23rd September at 7.00 pm.
The seat will be dedicated to the memory of "The Two Micks",
Mr. Mick Cuddihy and his good friend, Mr. Mick Comerford.
The two men soldiered together in their quest to keep Portlaw tidy.
We, the Portlaw Task Force, will never forget the pride the had in their village. 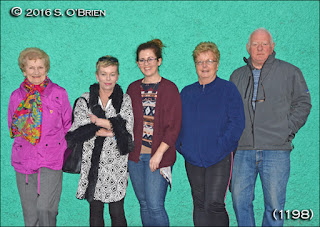 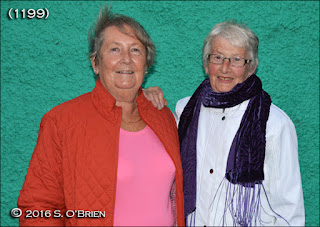 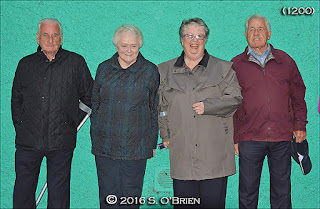 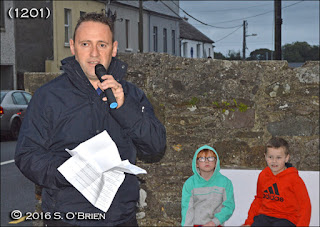 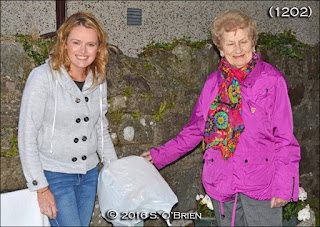 Niamh Comerford and Peggy Cuddihy about to unveil the memorial plaque. 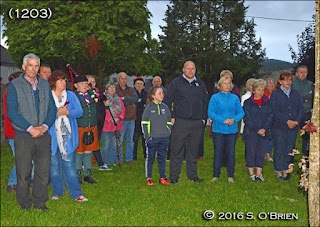 Some of the audience present. 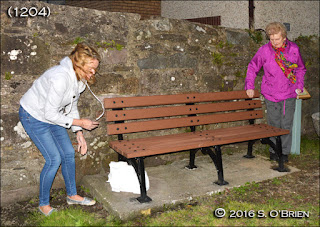 The memorial seat just after its covering having been removed
by Niamh Comerford and Peggy Cuddihy. 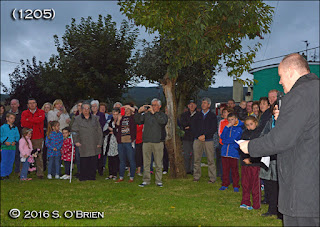 Some prayers by Fr. Richard O'Halloran, C.C.,
before the blessing of the seat. 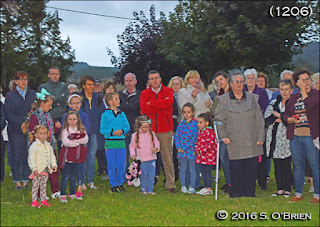 Another view of some of the audience. 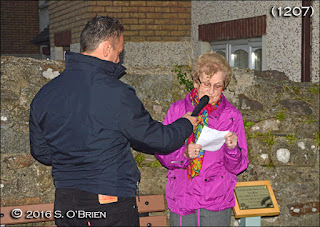 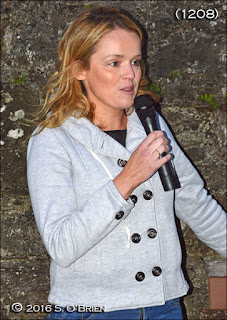 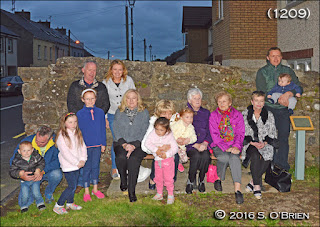 First people to sit on the memorial seat were the above group . . . 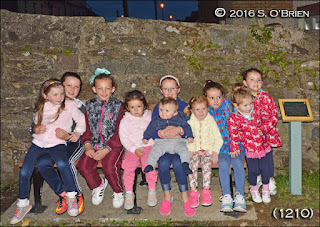 . . . followed immediately by many others, including the above group of local children,
with cameras galore capturing the scene. 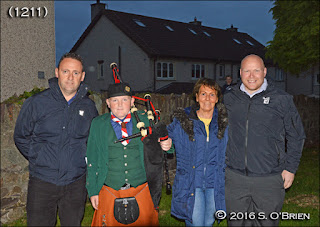 . . . and a last shot in the darkness, L. to R:
Freddie Kelly, Piper Josh Power, Ann Nolan and xxxx xxxx.
-    oooOoooo
End of series. A single left click on any image will show an enlarged copy.
E.& O..E.
(The quality of image 1206 is particularly poor, due to using just
my built-in camera-flash, which would cover only a limited distance).

Compline is a service originated from 4th century AD. it is an evening service, originally an office, and still is in today's monastic orders, Anglican and Roman Catholic. Saint Basil promoted it in the Eastern church and Saint Benedict in the Western Church. There will be no music, unless I can arrange it. It is not a sacramental service. it is a reflective service preparing us for the night ahead. would have been said in Clonegam and long before. So, everyone welcome and people should feel comfortable.
- Mellissa Jeffers, priest-in-charge, Fiddown Union of churches.