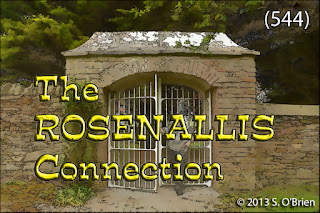 Twice in the past 35 years I have briefly visited the Quaker cemetery at Rosenallis, County Laois (formerly called Queen’s County), while enjoying the picturesque and historic Sliabh Bloom mountains area. However, there never was time to to take some photos of the place. On this visit, in May 2013, I was determined to stay a little longer at this place, which has important Quaker links, as I remembered that it seemed to have Portlaw , or certainly Waterford city connections.  However, my  camera  was having focusing problems, but the results here are adequate to convey a reasonable depiction of the scene.

ROSENALLIS, also known as ROSSINALLIS, is an anglicized version of the Irish – Ros an Fhionnghlaise, meaning wooded height of the clear stream. 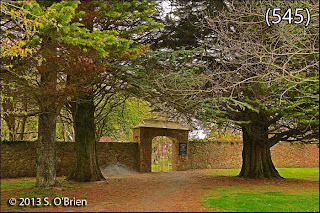 Inside the main gate was a charming, small, wooded area with some fine trees and a more impressive further entrance gate. 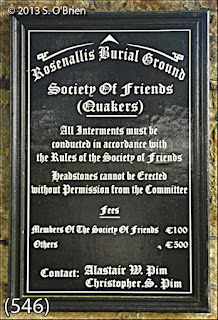 The above sign at this gate, shown above, is quite self-explanatory. 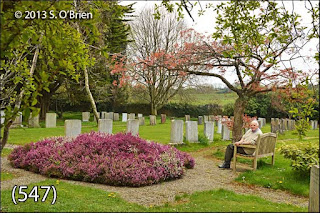 The Quaker movement, also known as the Religious Society of Friends, was founded in England by George Fox in the mid-1600s. He, not yet  a Quaker, first came to Ireland circa 1654 to visit some Quaker families in the townland of Tineil/Tinneel/Tinneely, County Laois, location of this particular cemetery.

The grounds are kept in excellent condition, and contain a number of trees, flowering shrubs and heathers. All headstones are of a similar, plain style, and are of a uniform height, except for three approximately on the surrounding wall. 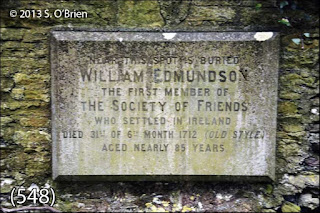 Possibly the most important one is that pictured above, which bears the inscription:


Near this spot is buried
William Edmundson,
the first member of
The Society of Friends,
who settled in Ireland.
Died 31st of the 6th month 1712 (old style)
Aged nearly 85 years. 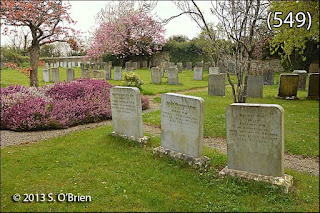 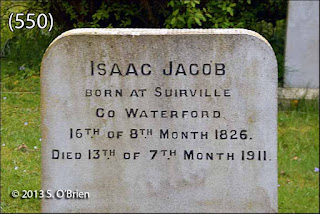 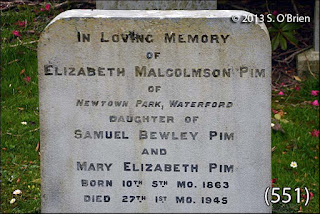 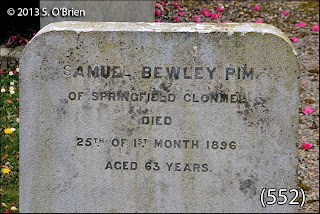 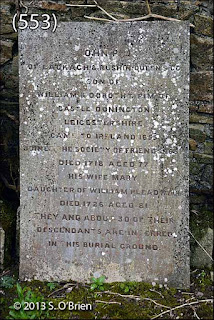 The above stone at the farthest end of the cemetery from the entrance gate, will be of interest to Portlaw people, who are familiar with the inscription over the front door of currently-defunct Woodlock House, a former Malcomson House,  then a convent and nursing home from the 1909 until closed by HIQA in 2012. The inscription reads:


To the Glory of God
And in memory of
George Pim Malcomson
And Emilie Maud, his wife.

The above Pim memorial inscription reads:

John Pim
Of Lackagh & Rushin, Queen’s Co.,
Son of
William & Dorothy Pim of
Castle Donington
Leicestershire,
Came to Ireland 1655,
Joined the Society of Friends 1657.
Died 1718 Aged 77.
His wife Mary
Daughter of William Pleadwell
Died 1726 Aged 81.
They and about 30 of their
Descendants are interred
In this burial ground. 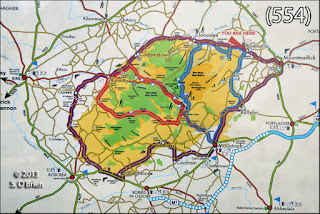 The above useful  map, also a further physical map showing the river valleys and walks in the nearby Sliabh Bloom mountains, can be found at a junction to the left in Rosenallis village, as one travels from Mountmellick to Clonaslee. The location of the Quaker cemetery is shown, in case you missed it as you approached the village. 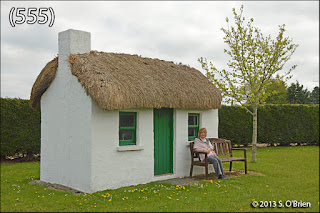 No, not our accommodation in Rosenallis, but something to 'dress up' the little green on the Clonaslee side of the village! 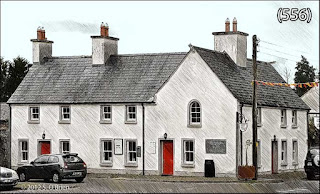 Directly east  of Rosenllis in County Laois,  lies the Quaker village of Ballitore in County Kildare. . Many Quaker families settled in Ballitore in the 1720s.  Although the first Meeting House there had been erected in 1708, it did not come into use until the 1730s.  Among those early  arrivals was Abraham Shackleton, who set up a boarding school, from which some famous scholars emerged.
One of Ballitore’s best known residents was Mary Shackleton-Leadbeater, who was born in 1758 to the local schoolmaster, Richard Shackleton.  In her early thirties, she married a teacher at the school, William Leadbeater, and then some further years later was made first postmaster in the village. The former post-office now houses the local library and a small museum devoted to Quaker artefacts, and mementos. The village and museum are well worth a visit, if you want to learn more about Quakers (the Society of Friends) in the area. 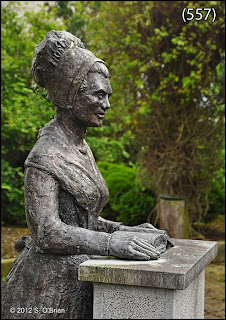 Mary Leadbeater began writing what later became known as the Annals of Ballitore in 1766,  which consisted of accounts of local people and happenings, something which she continued until 1824. She died two years later in 1826. Included in that writing were her comments on the 1798 United Irishmen Rebellion in the area.
She is still widely spoken of in the area, and a life-size bronze effigy of her stands  behind the Library-cum-Museum.  A number of important buildings from that era are all well signposted.  Other villages in Ireland would do well to likewise flaunt their historical assets.  The building is open to visitors from Tuesday to Saturday, from 12 noon to 5.00 pm, but is closed on Sundays and Mondays.


In the meantime, I'll be trying to figure out the relationship between the Portlaw Malcomsons, the Pims, the Bewleys and maybe even the Waterford city Jacobs of biscuits fame. And, did you know, the first ever 'Cream Crackers' were produced by Jacobs in Waterford?