Portlaw had an active scout group throughout the 1970’s & 80’s; at the time the association was the CBSI (Catholic Boy Scouts of Ireland).
At various stages the group consisted of Scouts, Cubs & Beavers.
There was also a Girl Guide group in the town.
Over the years the group lost members and eventually closed.
In the summer of 2014, after various meetings in the Community Hall, a group was formed with the intention of re-establishing a Scout Group in Portlaw.
The decision was made to re-apply for the old group number, 10th Waterford, and use the traditional neckerchief colours of yellow with a blue border. 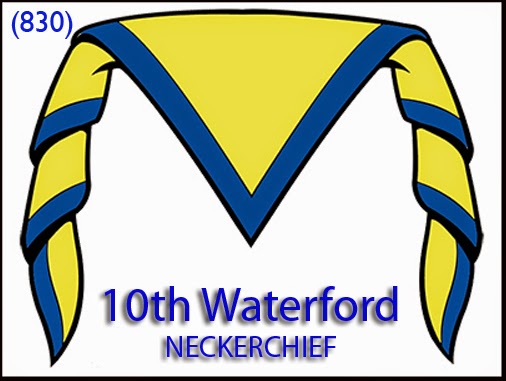 After a process of Garda vetting and some training sessions an information night was held in Clodiagh House on Thursday 23rd October 2014 to announce details of the opening. Applications for membership were taken on the night.

The group will open with two sections, Beavers (ages 6 - 8) & Cubs (ages 9 - 11) with the aim of opening a Scout section in the future.
Weekly meetings will be held in Clodiagh House, Beavers on Wednesdays & Cubs on Thursdays.
-ooOooo-