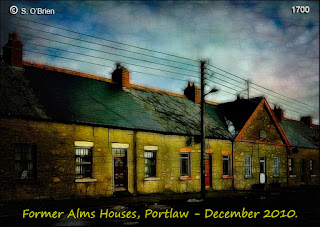 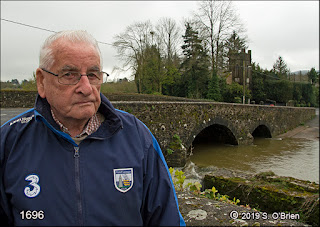 Following rain, strong winds and low temperatures for some time,
torrential rain fell non-stop on 14th and 15th of the month,
but anticipated high floodwaters in the Clódagh did not materialize.
Here, Séamus Crotty has been keeping an eye on the river, as have many others,
and enjoying the great rise in temperature. 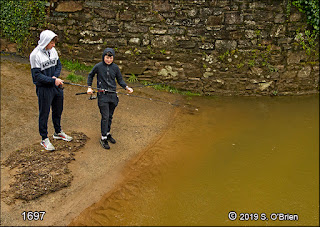 Young locals were arriving at the riverside
to, hopefully, catch some trout! 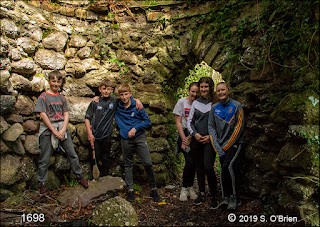 Other adventurous teenagers, on Easter holidays from schools,
were exploring an old 'Grotto, on the site of the former Millfort House,
a Malcomson/Morley mansion. These buildings were a feature
in the gardens of many of the big houses,
probably intended for children as much as adults. 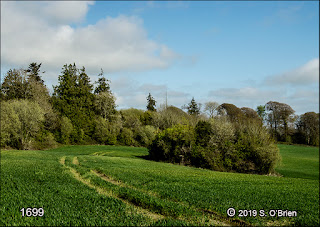 Then a 'stone's throw' away stands this ancient ring-fort,
with some fine trees, survivals from the Malcomson/Morley era.

A single left-click on any image, will show an enlarged copy.
Posted by Seán at 3:28 AM No comments: 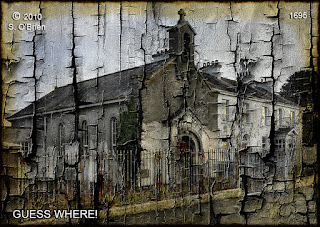 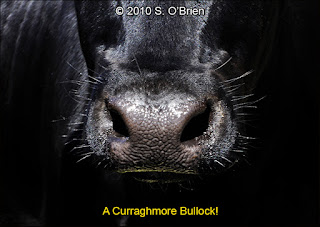 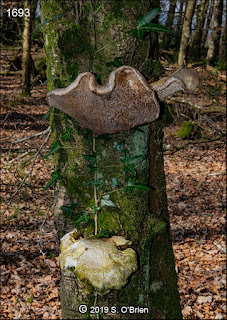 Old Fungi on a Curraghmore beech tree.
Posted by Seán at 4:15 AM No comments: