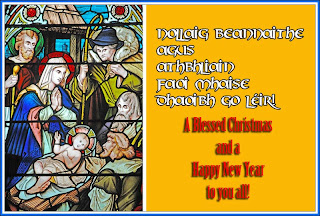 The Nativity, from a stained glass window at Cloneen church, County Tipperary,
by the Watson Studio, Youghal, County Cork.

The remarkable headstone above, depicting the Nativity of Christ,
was photographed in the cemetery at Dromin, Co. Louth, last year (2011). It is believed that here, in 561 A.D., Colmcille copied the psalter belonging to Finian of Clonard, kept it for himself,thereby creating the first recorded instance of plagiarism in this country, which led to the Battle of Cúl Dreimhne (aka Battle of the Books)! After the battle, where hundreds were slain, Colmcille (aka Columba) then took it upon himself to go on a missionary journey to Scotland as penance. He settled in Iona (Oileán Í) in the Hebrides, now more famous than ever it was, and attracting pilgrims of many faiths from the four corners of the world annually. I had the pleasure of visiting Iona in 2010. Quite a long drive to the Isle of Mull, but well worth it, where one can get a small ferry to Iona to see the places associated with this saintly man.

The headstone, with what must be unique iconography, was erected by Anthony Hand of Laulefftown (sic) in memory of his 17 year old daughter, Anne, who died April 2nd 1805.

One left click on any image will enlarge it!

SOME DECEMBER WEATHER IN PORTLAW: 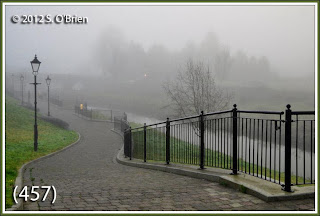 The area was covered some mornings recently in dense fog. This shows the riverside walk and bridge area on Tuesday Dec. 18th about 9.30 am. A rather tranquil scene. 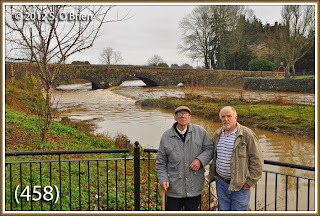 Twenty-seven hours later the mood had changed and the Clódagh was overflowing it's banks, after a night's heavy rain, and flooding adjoining fields. Combined with a high tide about two hours before this, the water level had been much higher. Observing the scene here were local personalities- Paddy (Doc) Morrissey and Richie Roche. 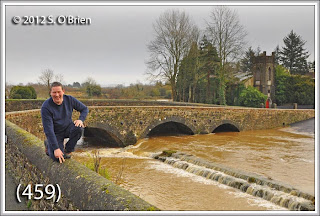 Up close to the bridge was none other than local shop-keeper, Tommy Fogarty, eager to show how agile he was, as I stood precariously on my step-ladder which Doc Morrissey steadfastly held on to! Here can be seen the Clódagh overflowing into the former cotton-mill canal.
Luckily the bridge has more than two arches!
On the extreme right can be seen the now-defunct Presbyterian church, built in 1845.

The Dr. Martin Day Care Centre in Queen Street, which opened less than three months ago
was the place to be on Tuesday last, 18th December, when a superb Christmas Dinner and Party was held to entertain seniors in the locality.
Congratulations to Alice - the Manager, Alice (yes, another Alice!) - the Cook, and quite a number of volunteer helpers, who made it the great success it was, lasting from about 12.30 until 4.30.
Music and song was supplied by local musicians and singers, some of whom perform every Wednesday at the Centre. In addition, a number of the others present sang, danced, or done some other party piece.
Mass was celebrated earlier in the morning at the centre by Fr. Ned Hassett, local curate. 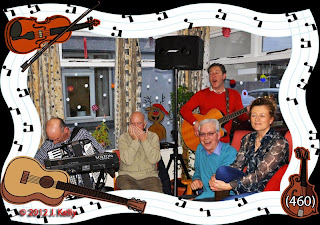 In this image, left to right:  Kevin Nolan, Accordian, Songs and Electronic Drummer; your's truly on the Harmonica; Gerry Walsh - songs; Tom Comerford Guitarist and Singer (at back), and on extreme right - popular local balladeer - Margaret Dooley - a frequent singer with Cois tSiúire, a group of about 25 musicians and singers from south Kilkenny, south Tipperary, and east Waterford, who play at various venues every two or three weeks, usually to raise funds for national and local charitable organisations. 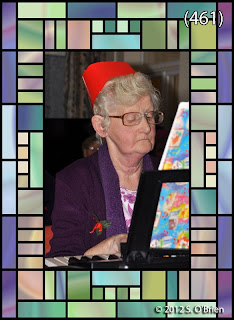 Maura Corcoran, church organist for well over fifty consecutive years, brought along her own keyboard and provided great music . . . 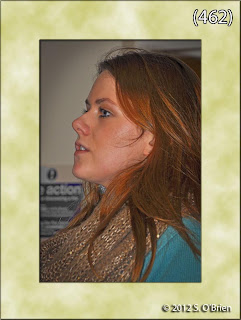