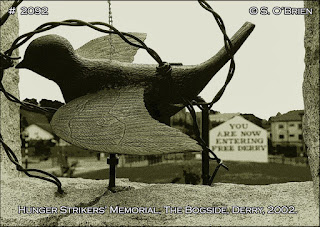 In memory today of the late Bobby Sands M.P., who died on hunger strike on May 5th forty years ago.
in the H Blocks prison, Northern Ireland.
Not achieving the prisoners' demands for treatment as prisoners of war instead of criminal status, resulted in the escalation of the hunger strike, ending in 1981 in the deaths of ten prisoners between May 5th and August 20th.
Ar dheis Dé go raibh síad go léir! 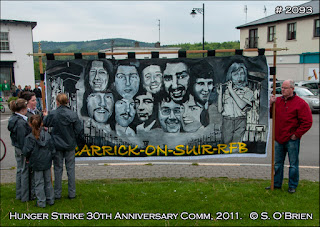 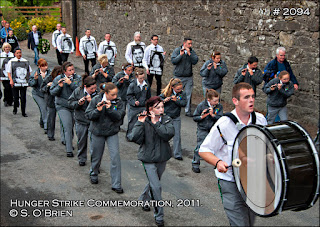 The march to the cemetery at St. Patrick's Church. 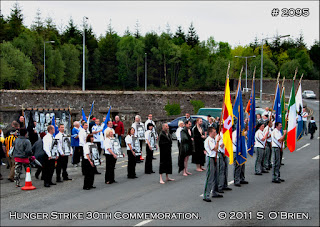 Assembling at cemetery to lay wreath on republican grave. 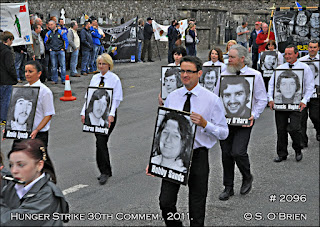 The return march to the square. 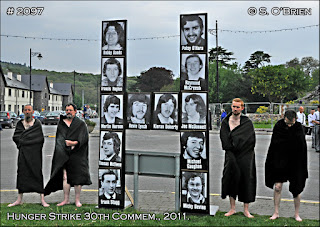 The final tribute to the deceased hunger strikers.