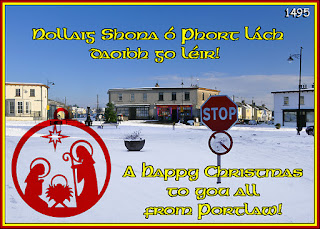 Snow has already fallen in parts of the north-east, but heavier falls are forecast for this weekend over a wider area.

The above photo shows
Malcomson Square, Portlaw, on December 1st, 2010!

The above snow scene was well-timed, as snow fell for about half of yesterday (Dec. 10th).
Forecast by the Met Office as a 'snow bomb', it wasn't that bad here in the S.E.,
but bad enough to cause problems for traffic.  Rural roads were the worst hit, as is usual! 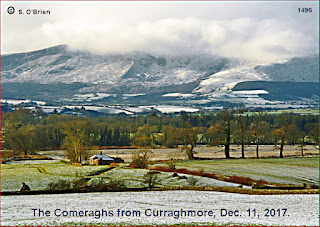 One of a short series of pictures taken today, Dec. 11th.
Problems with ice going downhill towards Clonagam church
and had to return via Whitestown Lodge avenue and part of Clonea road. 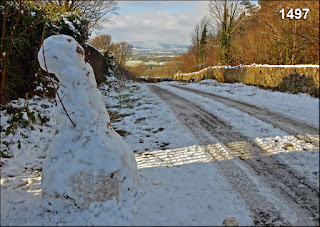 A snowman opposite top gate to Tower Hill.
A GIGANTIC snowball was to be seen a short distance away.
These were obviously constructed yesterday, Dec. 10th. 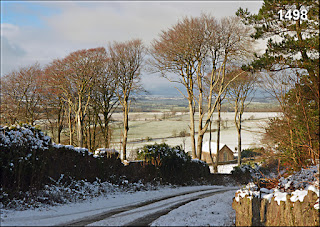 Beeches in field opposite Clonagam church.
A number of such trees here lost to storms in recent years. 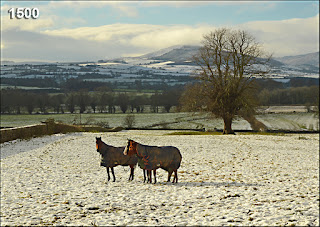 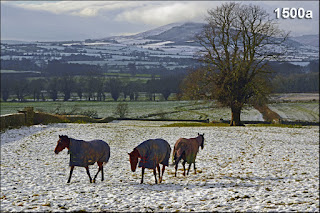 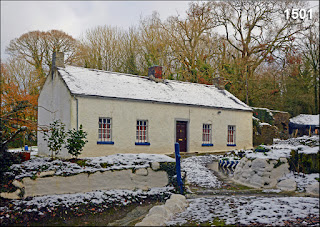 Not too far away, this very old house was looking well in the snow.