Portlaw is looking great with Santa Claus and Reindeer all over the place, including the approach roads, but biggest surprise was when a whole mobile fun-fair arrived from this afternoon, Sunday 17th December.  They will only be here tonight for the arrival of the real Santa after 6.00 pm, so hurry along to Malcomson Square area to see the lot.  It's being said there will be a tractor-run also, all decorated with Christmas lights. 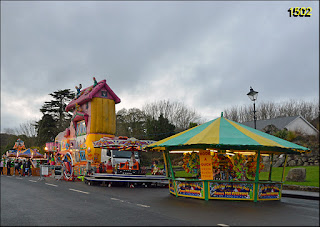 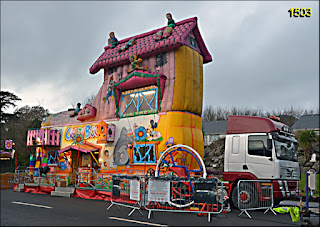 This short series of photos taken while there was still some light in the sky,
as I was arriving home off the M9! 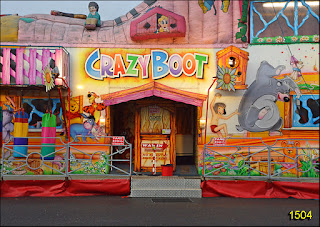 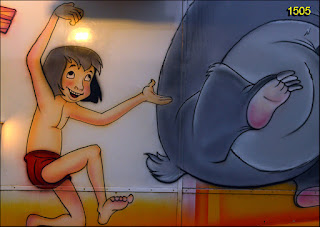 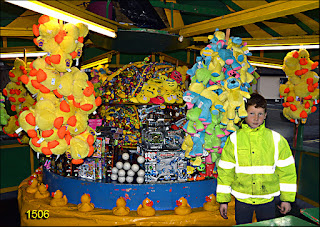 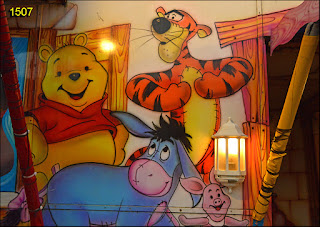 Trying to get a parking space in the town, after passing through the vast number of people  awaiting Santa, was extremely difficult, and I ended up in a space just near the Carrick Road, which meant I had to walk back hurriedly to Malcomson Square.
On the way I came across this group of young boys on these multi-coloured, lit-up vehicles,
who were to precede the illuminated tractors leading Santa. 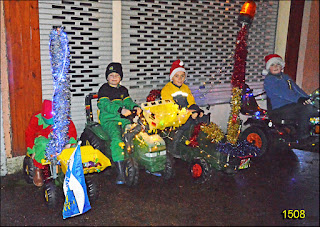 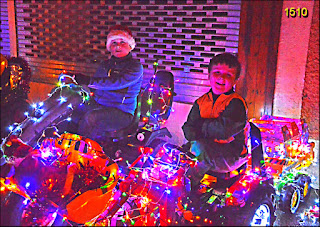 It was bitterly cold and I wasn't well wrapped up,
and anyhow I need to be heading off at 7.05 to be at another function some miles away,
so I decided to try and get just a few shots and head off. 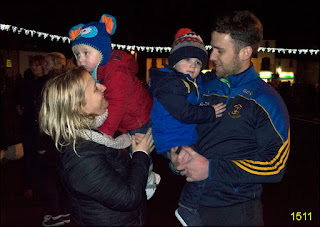 This young couple and their children, in Brown Street,
had obviously been around for quite a while awaiting that important visitor. 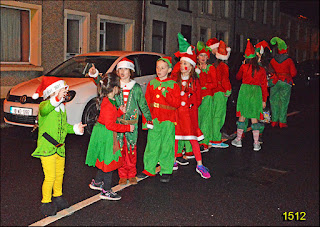 Likewise, in Brown Street, this group of young local girls,
were awaiting the start of the parade,
which they too would lead. 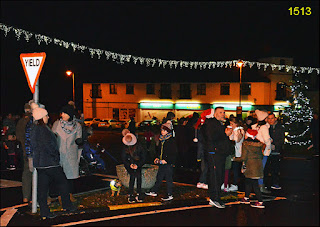 Photography was difficult due to the low street lighting.
In the background can be seen the fine Christmas tree and some of the overhead lights,
just some of the many festive adornments
erected by Portlaw Task Force. 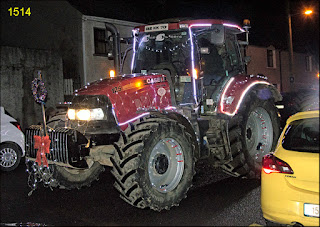 As I rushed away, I managed to get just one photo from the Tractor Run,
and missed out on Santa,
except to see his arrival on video next day.
Thanks to Portlaw Task Force for the huge improvements they have introduced
in the area during the past two years or so!
Posted by Seán at 10:53 AM