Members of the Church of Ireland in the Fiddown Union of Parishes
(Piltown, Fiddown, Portlaw and Kilmeaden),
accompanied by part-time priest-in-charge,
Revd. Mellissa Jeffers,
celebrated Christ's entry into Jerusalem,
with a procession of donkeys and parishioners,
from Factory Road to Holy Trinity Church,
where special readings and prayers were said for Palm Sunday. 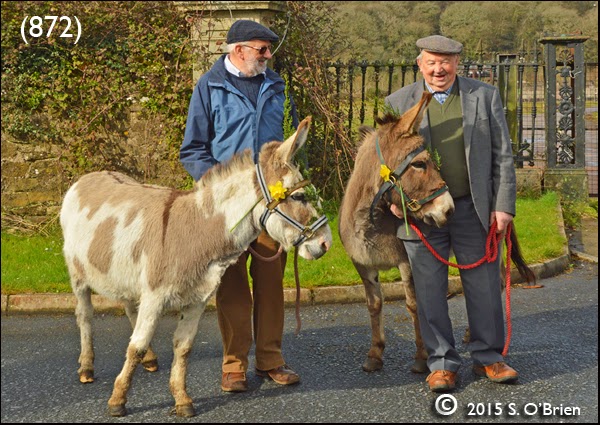 Parishioners, John Wills and David Gordon, at the former Mayfield and Tannery gates.

When Jesus and the disciples drew near Jerusalem
and came to Bethphage on the Mount of Olives,
Jesus sent two disciples, saying to them,
“Go into the village opposite you,
and immediately you will find an ass tethered,
and a colt with her.
Untie them and bring them here to me.
And if anyone should say anything to you, reply,
‘The master has need of them.’
Then he will send them at once.”
This happened so that what had been spoken through the prophet
might be fulfilled:
Say to daughter Zion,
“Behold, your king comes to you,
meek and riding on an ass,
and on a colt, the foal of a beast of burden.”
The disciples went and did as Jesus had ordered them.
They brought the ass and the colt and laid their cloaks over them,
and he sat upon them.
The very large crowd spread their cloaks on the road,
while others cut branches from the trees
and strewed them on the road.
The crowds preceding him and those following
kept crying out and saying:
“Hosanna to the Son of David;
blessed is the he who comes in the name of the Lord;
hosanna in the highest.”
And when he entered Jerusalem
the whole city was shaken and asked, “Who is this?”
And the crowds replied,
“This is Jesus the prophet, from Nazareth in Galilee.” 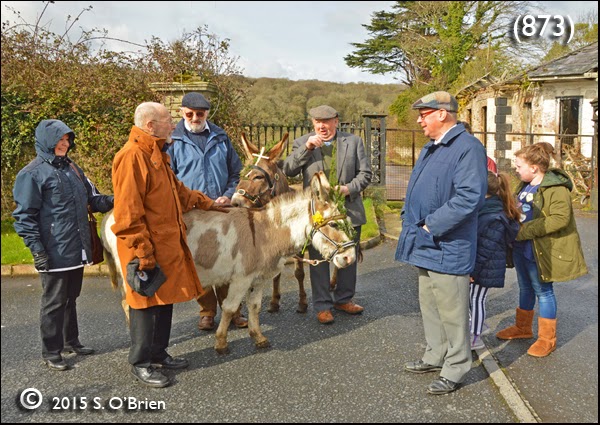 Michael Hayes giving advice(!)  before the procesion commenced.
Additional people in this picture are Mary Hayes and Leslie Bowers + some children. 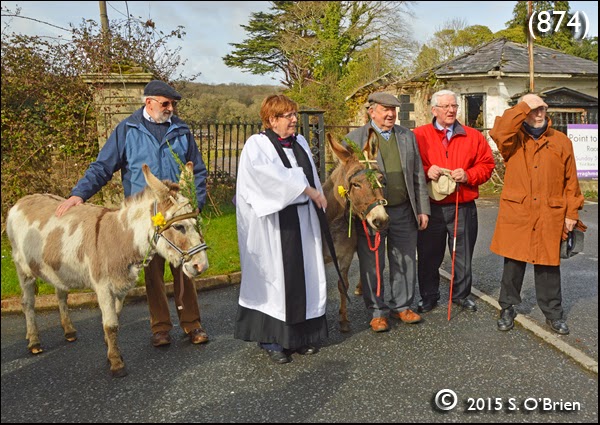 Revd. Mellissa Jeffers and others posing for photographs before the start of the procession.
George Smyth in red jacket. . 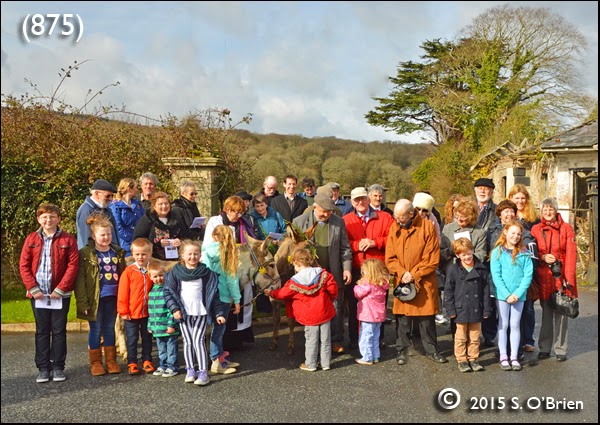 Posing for photos as the event was about to commence. 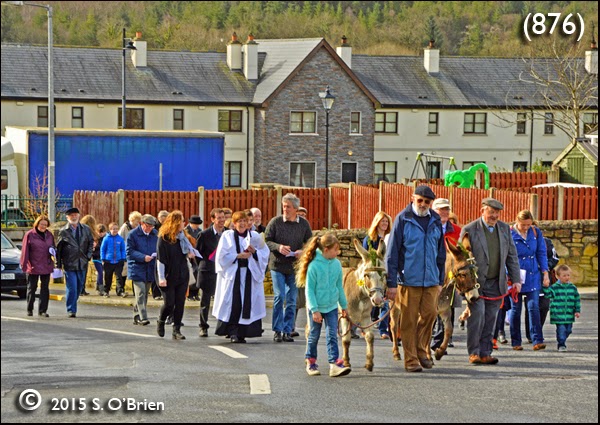 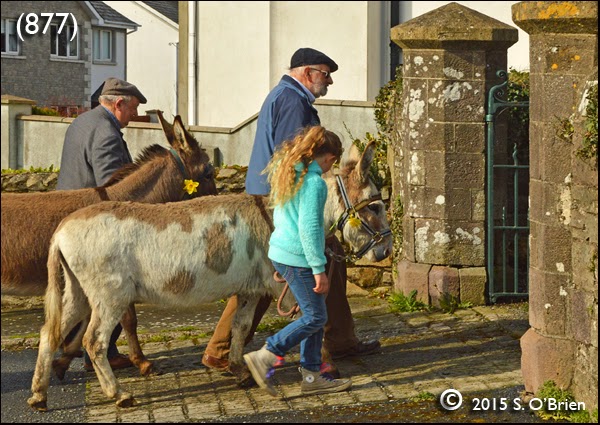 At the entrance to Holy Trinity church. 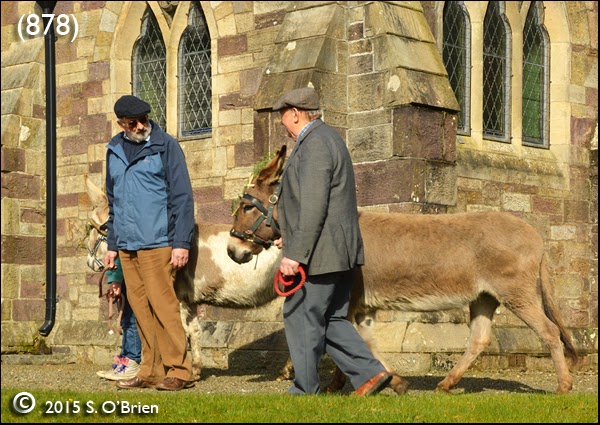 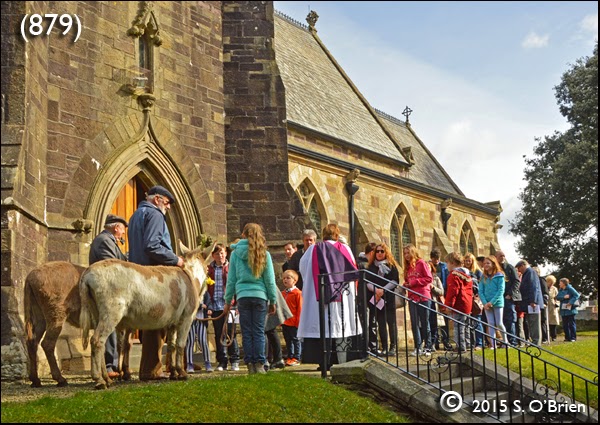 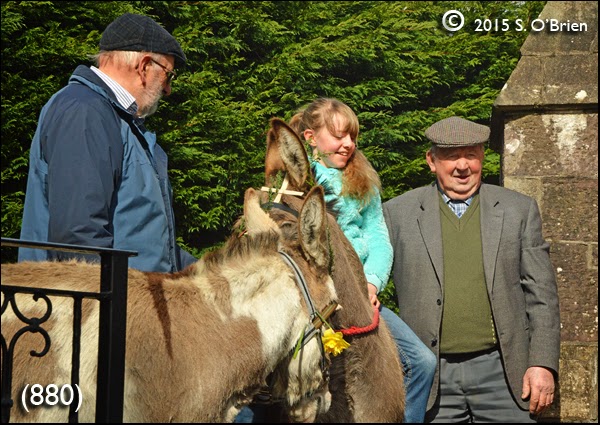 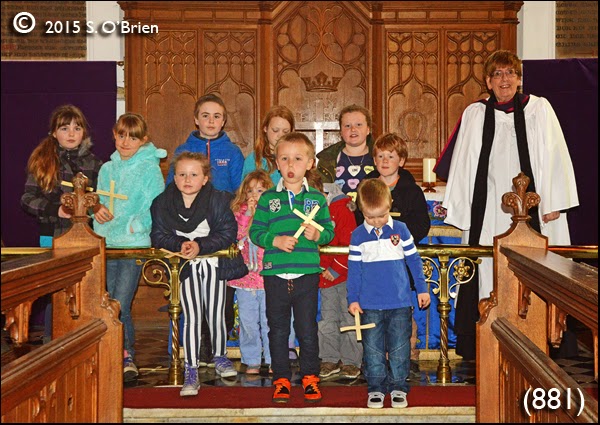 Some of the children who participated in the service.

(A single left-click on each image will show an enlarged version).