Daffodil Day, an annual fund-raising event in aid of the Irish Cancer Society,  has always been well supported by the people of Portlaw, both volunteer collectors and supporters.
A grand total of €2,027 was collected at four locations in the town this year (2011).
The nationwide total was expected to be in the region of €4,000,000. 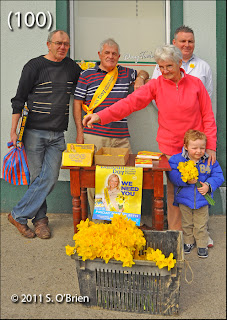 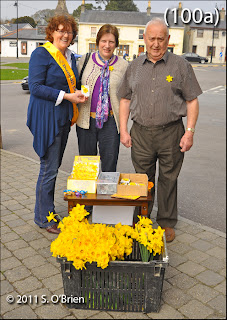 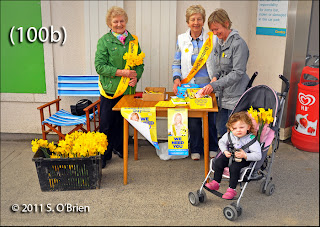 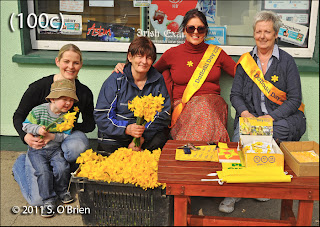 Outside the Post Office - March 2007 - Biddy Hanlin and Peggy Cuddihy.

Master xxxxx Robinson in a daffodil garden at Mayfield, Portlaw,
by Killowen Garden Enterprises (Greenes').  (March  2010).
N.B.  Am not familiar with all the names.
If YOU know the missing ones, an email would be appreciated, mentioning the relative photo number also.
Posted by Seán at 10:47 AM