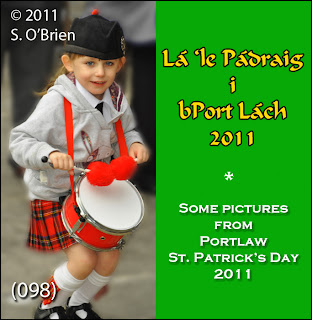 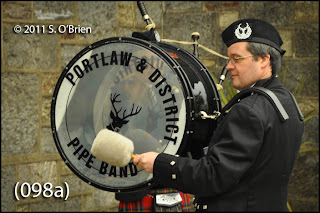 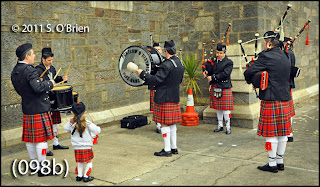 . . . and there's young Miss Shauna Maher in training,
with her grandfather, Willie Maher, in the background behind me listening with a critical ear,
and her father, John Maher, the drummer to her left. 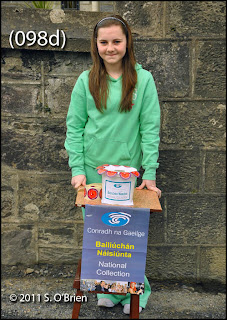 Drummer, John Maher on left, and Johanathan O'Brien on right.

Wonderful stirring music from what appears to now be a devoted few.
However, a short few years ago they participated in the New York Patrick's Day Parade! 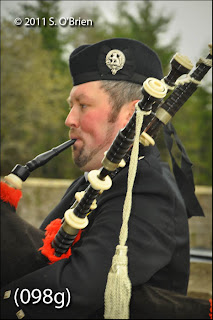 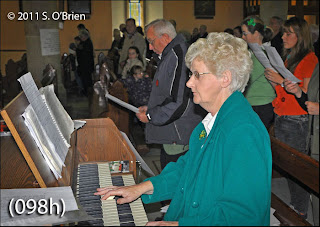 Maura Power plays the organ for the special St. Patrick's Day mass,
something she's been doing for over 50 years! 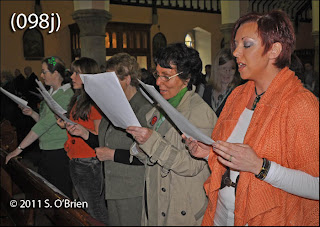 . . . accompanied by the choir, with special songs for the day. 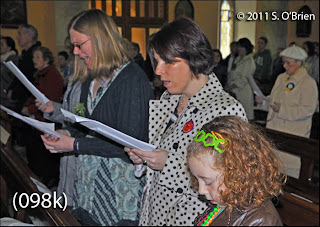 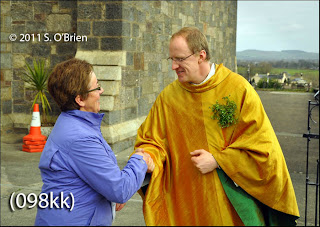 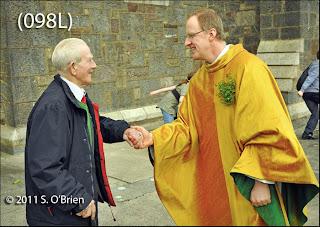 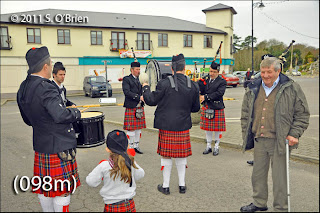 Jimmy Mansfield looks on as the band moved to Malcomson Square for a short recital. 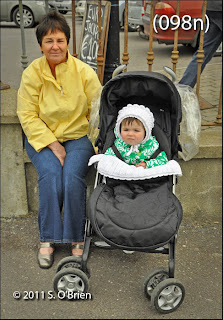 Two of the many onlookers/listeners. 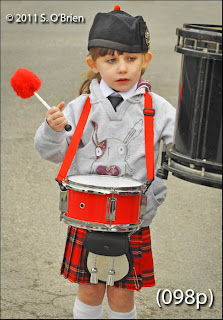 "Maybe I should bang that big drum for a change?" 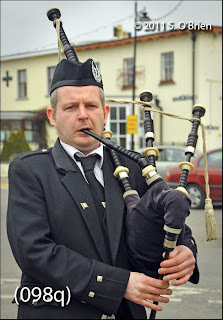 A last tune from Paul Power,
a family here since the Norman de la Poers came to the area over 800 years ago!
A double left-click on any image will show an enlarged version!
Posted by Seán at 10:45 AM