096 The arrival of SIDELINE film unit. 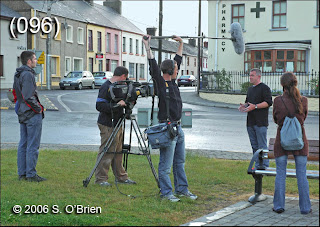 The film unit, Sideline, arrived in Portlaw in June 2006, to film an episode in the TV series, 'Community Challenge', and worked off-and-on in the area for many weeks. The purpose of the series was to depict how local communities, helped by professional people, could rescue derelict buildings from the past, and convert them into something useful.
Here, Gary Miley, architect, project leader and series presenter is being interviewed
at the roundabout on Malcomson Square. 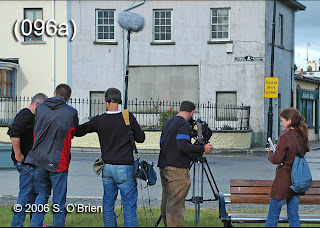 In the case of Portlaw, the objective was to convert the very dilapidated former Dispensary from the Malcomson era, into a Heritage Centre to house and display a collection of material of historical interest for both local people and tourists.
Other towns/cities participating in the project included:
Cahir, Galway, Gort and Westport. 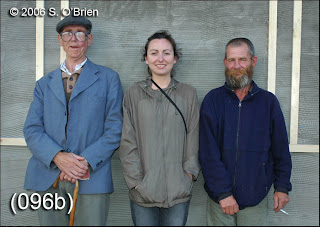 Some local people were eager to pose with ladies from the film unit! 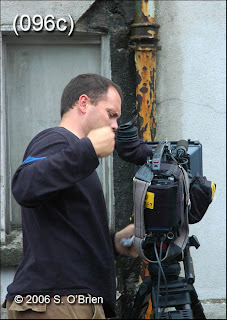 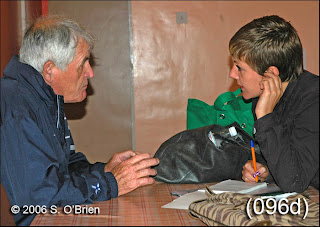 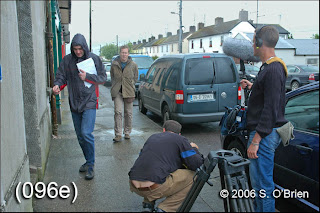 Some scenes were shot from every angle, and from very low angles too. 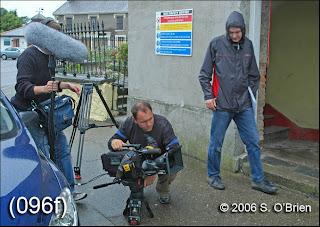 This must be as low as one can get with gear like this? 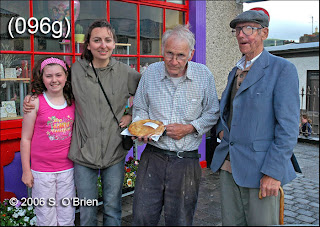 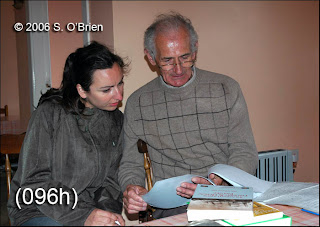 . . . while others were doing more serious work,
like this interview with Heritage Group member, Willie Power. 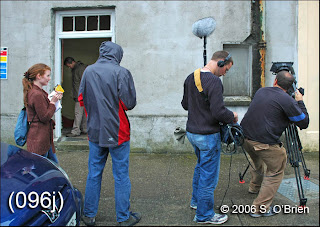 Here the dilapidated exterior of the former Dispensary is being filmed in detail. 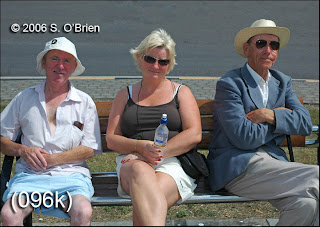 Others simply looked on and enjoyed the occasional sunshine. 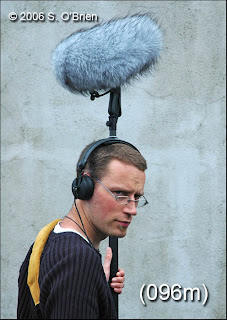 NEVER make noise, like even a camera shutter clicking,while the Sound-Man is working! 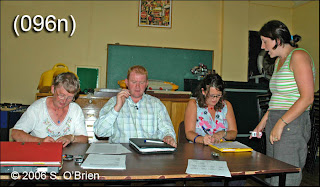 . . . and there were meetings galore, to do with fund-raising, and various other planning strategies. 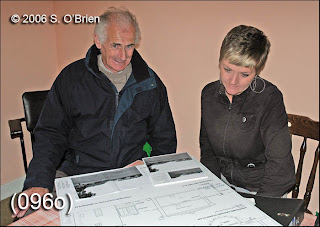 The proposed conversion plans were being studied. 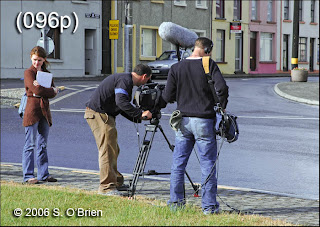 Sideline personnel were around for weeks filming everything and anything about the area,
and interviewing locals, but this day was about emphasising the condition of the building, and it's missing bay-window, which was taken out years earlier.
Luckily it was possible to reconstruct it from an early-1900s postcard. 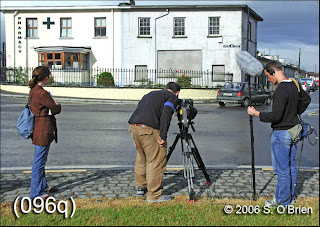 Numerous 'takes' had to be filmed due to traffic and other interruptions here at the roundabout . . . 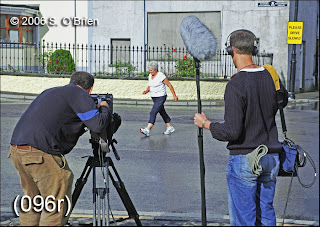 . . . but at last the final shot of the day was 'captured' with one local lady fitting nicely into the scene!
-   oooOooo   -
The Sideline producers were Billy McGrath and Gráinne O'Carroll.
Posted by Seán at 6:16 PM