Have a Frightening Time! 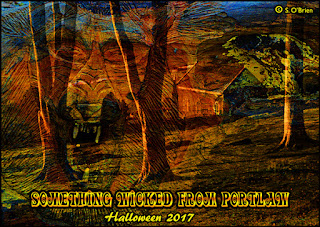 The above graphic was prepared for a selection of images from
the Portlaw Halloween parade
organised by Portlaw Task Force
for Sunday October 29th,
but I was unable attend same due to circumstances beyond my control. 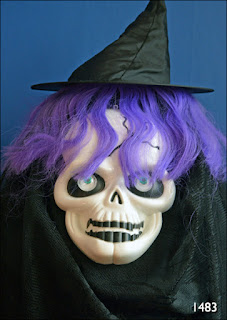 Then on the 'real' Halloween, Tuesday 31st,
I was late heading out and ended up with a limited number of images.
The above witch, seen in a local hallway, was one of the lucky shots. 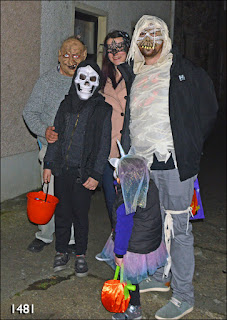 Brown Street, usually with plenty of 'Trick or Treat' people,
was almost deserted, but I managed this one picture
before my camera developed some problem.
This group said they came a long distance,
but were well received at all houses they visited. 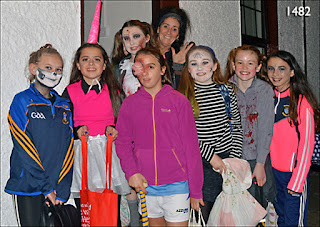 I was just about to give up meetng any more participants,
after travelling around various streets,
when I came across this delightful group in Bridge Street.
Fortunately, my camera was back in working order.
Asking for a name, they said they were
'The Portlaw Spice Girls'!!! 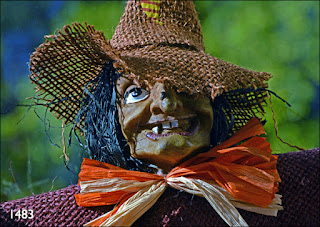 Luckily I had come across one more witch the previous day
in someone's front garden.


(one left click will show an enlarged copy)
Posted by Seán at 10:56 PM