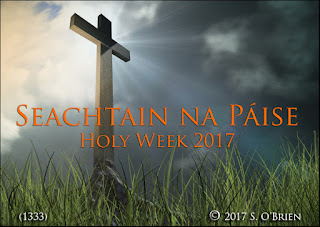 Signs of Easter are to be found everywhere right now, but especially in our supermarkets and in the literature they are clogging up our letter-boxes with   . . . and not a religious symbol to be seen anywhere on such; just eggs of every description, chicks, rabbits, and offers with the titles - Easter Food, Easter Recipes, Easter Wines, Easter Flowers, Easter Specials, Easter Egg Hunts, Cocoa for Easter, Easter Hen Decorations, Easter Colouring Pages for Children and more. The only surprising offer with a real Easter connection seems to be the one entitled, 'Good Friday Fish'!!! Just like Christmas, where the real reason for the festival has almost disappeared in favour of Santa Claus and expensive presents, the true story of Easter is also rapidly disappearing.

(A high percentage of Dublin houses have a sign over their letter-boxes stating -    NO JUNK MAIL!)
However, it was nice to see a much larger attendance than on usual Saturdays at our Vigil Mass for Palm Sunday/Passion Sunday this year, and a larger choir than usual with some new faces.  Congrats to all concerned!. 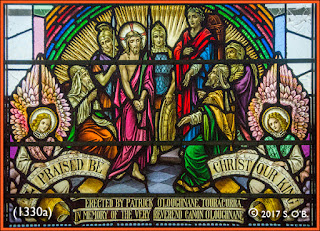 Christ before Pontius Pilate.
part of a window at Fourmilewater church, Co. Waterford. 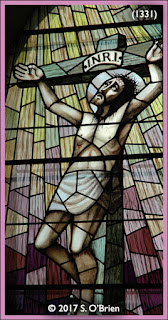 Upper section of a window at Lahardane, Co. Mayo.

The window above (upper portion of overall window) from the church in the small village of Lahardane (aka Lahardaun), Co. Mayo, must surely be one of the finest depicting the Crucifixion in any church in the country, and a wonderful example of Irish stained glass art. 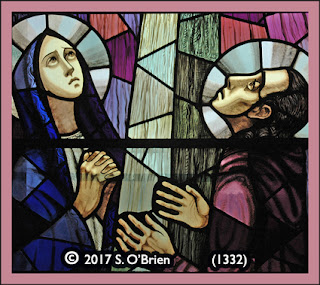 Lower section of a window at Lahardane.

The extremely tall window, obscured partly by furniture, had to be photographed from an acute angle from the side, and in two stages. Fortunaterly, using computers, such problems can usually be overcome, but two separate images had to be accepted. A search for the artist’s name brought a pleasant surprise. It was none other than James Cox, a native of Rooskey, who spent most of his life, from the age of fifteen, working for Myles Kearney & Sons, Ranelagh, Dublin.  This was a branch of the Waterford City business which bears the same name.  The Kearney family were natives of Portlaw. There is also a great window depicting St. Patrick in the same church by the same team.


Lahardane has a lot more to tell, but not with a Portlaw connection. Nevertheless, it’s of such historic interest, I will put it online later. 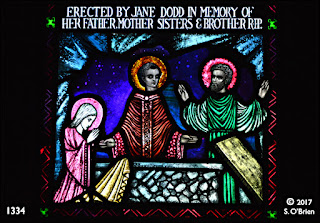 The Empty Tomb by stained glass artist, Evie Hone (1894-1955)
at St. Mac|Cullin's Church, Lusk, Co. Dublin, which I had the pleasure of seeing on
Easter Saturday last.
This is the lower portion of a memorial window to the Dodd family.

The upper portion of the same window,
depicting The Risen Christ.

The same evening,
I headed for the Hill of Slane, Counrty Meath,
to see the annual Paschal Fire ceremonyy here.
This we also witnessed three years previously. 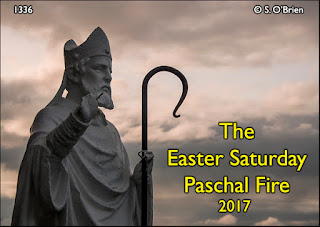 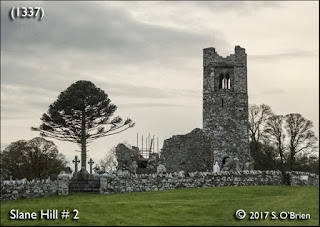 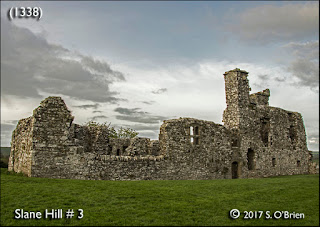 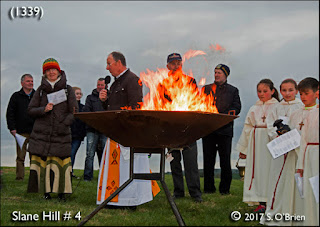 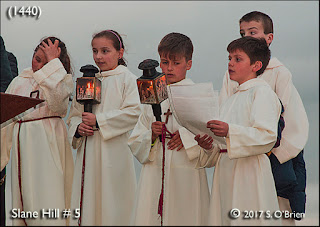