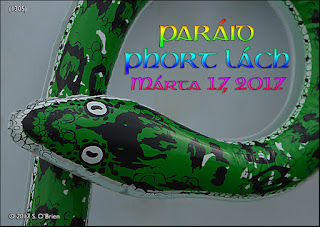 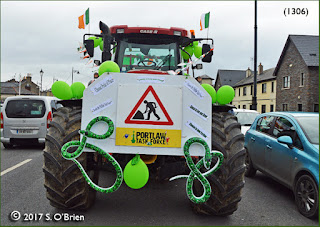 The Portlaw Task Force, organisers of the parade,
must be complimented on the fine turn-out . . .
and they brought snakes galore with them! 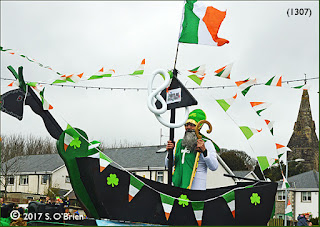 The saint himself arrived by boat up the Clódagh river! 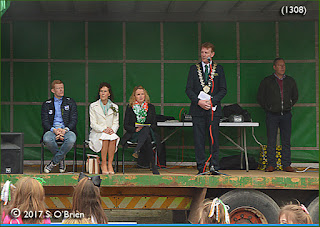 Councillor Declan Clune, Sinn Féin, opened the event and welcomed all present.
A runnng commentary on all participants was given as they arrived in the square. 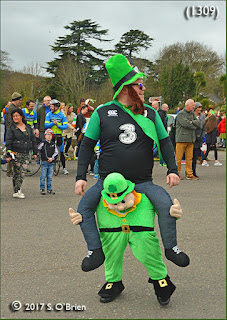 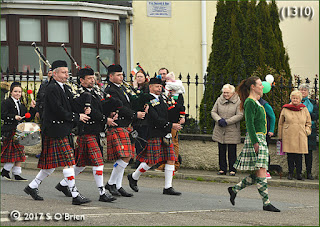 Ever-reliable, the local Pipe Band led the parade, and was probably the main attraction for many. 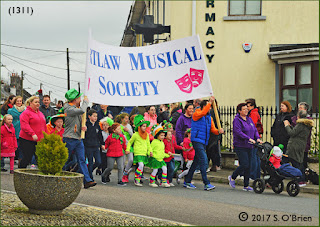 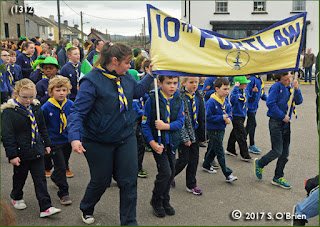 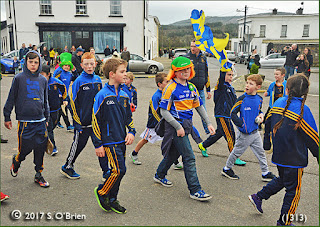 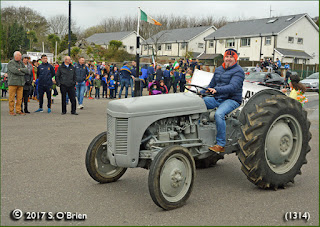 Quite a variety of vintage vehicles was on display. 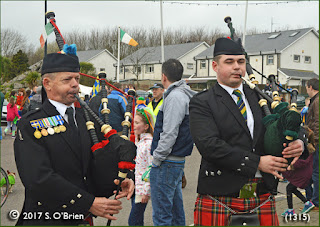 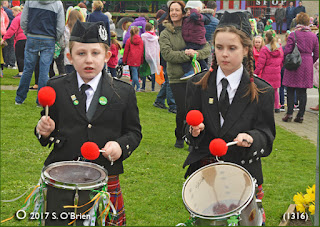 The local pipe band is always on the lookout for new members.
It's never too late, or too early to join! 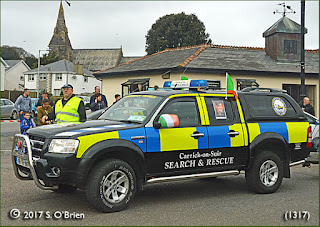 Carrick River Search & Rescue participate each year
and are much appreciated locally for the work they do. 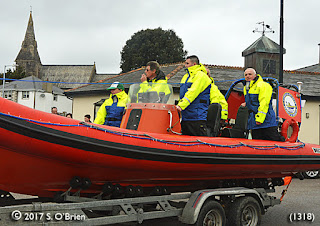 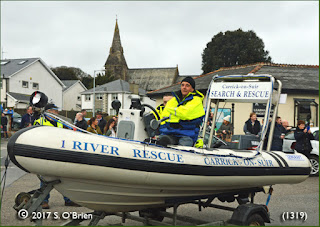 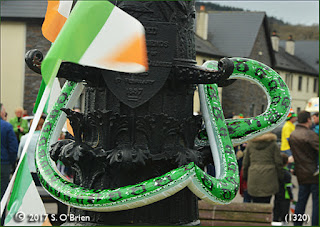 So many snakes around, some wrapped themselves around the fountain . . .
and we thinking St. Patrick had managed to get rid of them all! 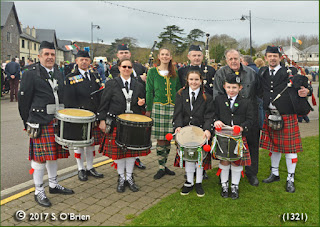 In between tunes, we managed to get a nicely-posed picture of the band. 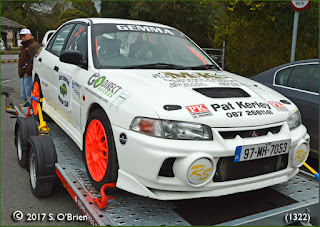 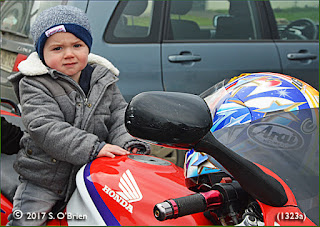 All this little boy wanted a was a ride on this motor-bike
and some fine ones were to be seen. 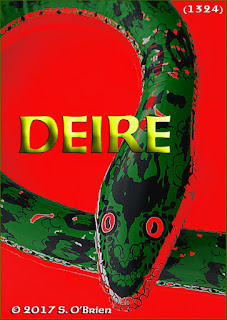 A single left-click on each image will show an enlarged copy.
Posted by Seán at 9:13 PM