Japanese Knotweed in the Portlaw Area 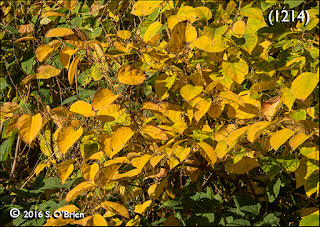 JAPANESE KNOTWEED is one of the MOST INVASIVE non-native plant species which can be found in this country. Once chosen for its exotic beauty, by gardeners and plant collectors from the ‘big houses’ in the 1800s, along with a number of other invasive types, it is now spreading at an alarming rate throughout the country, having escaped into the wild, where it can reach a height of up to two metres. 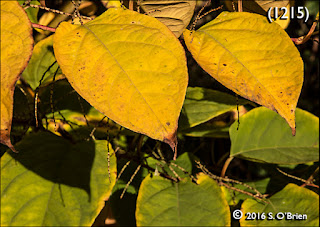 Here at Coolroe, Portlaw, it covers a large area alongside the Portlaw to Clonagam road. Immediately apast Springfield House, someone, with the best of intentions, bulldozed the entire infested area a short few years ago, thus causing the problem to spread much further and even more rapidly. After the second-last house towards the top of Clonagam Hill, the area covered by the plant is extremely extensive and has become a serious hazard for traffic, especially at a sharp bend before the last house on the right-hand side. Here again, someone, thinking they were doing the right thing, knocked back and uprooted some of the worst of the growth in that area. Within a year, the situation has deteriorated even more so.

http://www.irishtimes.com/news/ireland/irish-news/let-s-give-japanese-knotweed-invader-its-just-desserts-1.2692480  This site says you can eat it, but comes with a strict warning!


A native of Japan, Taiwan and northern China, Knotweed spreads from the dispersal of small root pieces, as little as one cm long. Once established, it can penetrate asphalt and even concrete floors and walls. Links, given on this page, will provide much more information on the problem, and further searches via Google Search even much more. 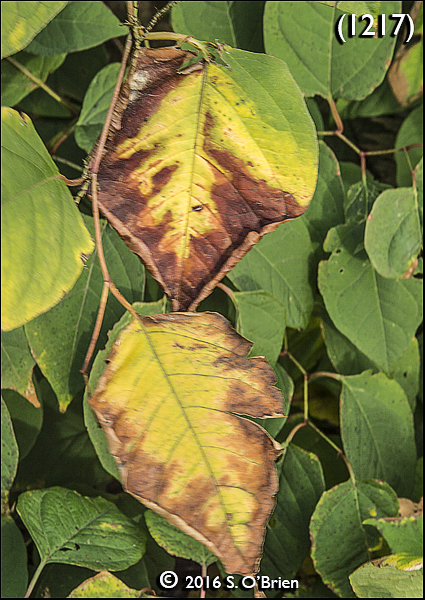 The problems associated with Japanese Knotweed, and other non-native invasive plants, have now become international ones, costing multi millions in eradication in many countries.  In the UK some billions have been set aside for the purpose. One county in this country has managed to eradicate the Knotweed plant from all public areas following an eight-year chemical spraying campaign. However, a campaign like this needs to be left to experts, knowing the serious dangers to health and the environment from such sprays. Apparently, what looks like a safe product has been found, but observations over the next few years are needed to prove such. 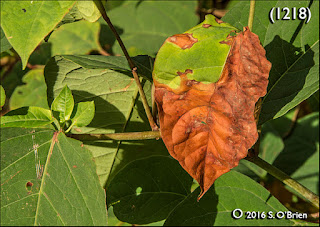 Despite the huge amount of information on Knotweed infestation, some UK plant nurseries are advertising plants for sale online . . . to beautify your garden!

type ‘Japanese Knotweed’ into the Google search-box, for further info, then on ‘IMAGES’ near top left of page, to show scores of photos relating to the plant. 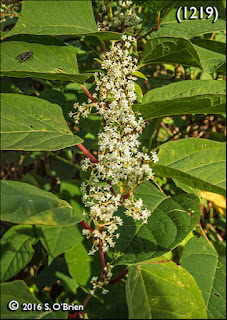 http://www.irishexaminer.com/ireland/west-cork-town-under-siege-from-japanese-weed-343795.html  Some scary statistics re the plant in this article.

Apart from all the bad news about the plant, its leaves, both at the green and withered stage, and the plant’s flowers, appeal to many because of their aesthetic qualities. However, never bring leaves home to preserve, draw, paint, photograph, or for floral displays. One such leaf discarded in your garden can result in all-over infestation eventually!
Finally, an article in the UK’s Daily Mail from 2011should make us all wake up to the problem!

On August 9th last (2016), I replied to a request by Mr. Paul Daly, Civil Engineer, in Waterford News and Star, which sought information on the location of Japanese Knotweed in the county. No postal or email address was given; neither was a telephone number. However, I sent information on the situation in the Portlaw area to the Environment Dept. at Waterford Council (environment@waterfordcouncil.ie), stating it was for the attention of Mr. Daly.  No acknowledgement was received up to September 7th, when I again emailed the department. Once more, up to October 29th, no acknowledgement was received, when for the third time I emailed that department.  Am awaiting developments!

21st November 2016:  Almost another three weeks has passed, since last comment,  and still no reply from either Mr. Paul Daly or the Waterford Council Environment Dept!
Fortunately, I met local T.D., Mary Butler, at the Martin Centre fund-raising event last Saturday. Nov. 19th, and drew her attention to the matter.
The following day, I noticed a considerable amount of this invasive weed, beside the road,  on the hill, right side,  between Faithlegge church and  the national school, as one goes towards Cheekpoint.

28th November 2016:  I do hope some of you watched tonight's RTE1 TV programme
entitled - 'Things to Know About' (8.30pm to 9.00 pm).
Subject matter covered was 'invasive non-native species'.
Needless to say, Japanese Knotweed was among the top ten,
with Giant Hogweed mentioned also.
Plenty of that on local roadsides too.
Still awaiting a reply from ANYONE!
Maybe there's no Environment Dept. in Waterford City & County Council,
and that my emails have accidentally ended up in 'The Cloud'?

(all images in above series taken at Coolroe,Portlaw, on Thursday, October 27th, 2016)
EACH IMAGE WILL ENLARGE AFTER ONE LEFT CLICK!