The Clonagam Cemetery Mass
has been repeated once more this year (2016)
on Tuesday, August 9th. 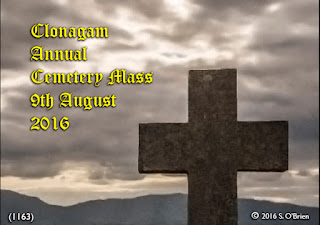 . . . remembering the dead from different religious backgrounds,
who have been buried in this beautiful place for probably over three hundred years. 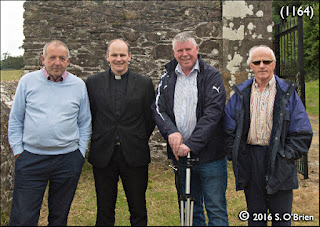 Seán Comerford, Fr. Rd. O'Halloran C.C., Michael Kinsella and Pat Walsh,
some of the earliest arrivals at the cemetery. 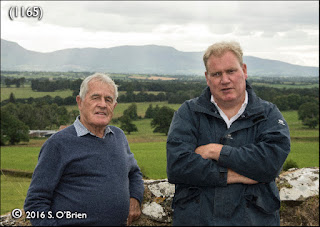 Among the first was Johnny Crotty,
also Alan Walsh, who had done much work in advance on 'beautifying' the location. 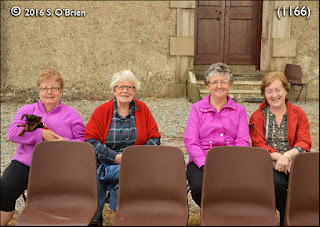 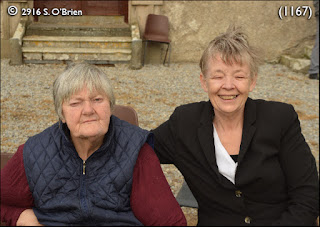 Local personality, Peggy Brophy,
and Eileen xxxxx, making sure they had a seat. Sister Margaret and Fr. Richard,
on the scene early also, to ensure time for a chat with other arrivals. 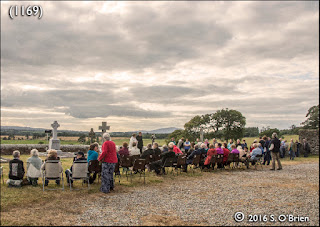 Overall view, showing mainly the seated people,
while many others stood nearer the church.
A rough count showed that at least seventy were present. 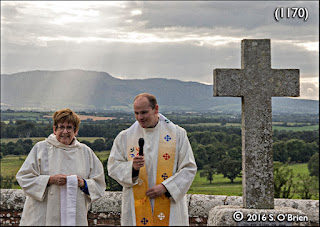 Revd. Mellissa Jeffers, part-time priest - Fiddown Union of Churches (Ch of Irld),
being introduced here by Fr. Richard,
with Knochanaffrin (Hill of the Mass) left of centre in the background. 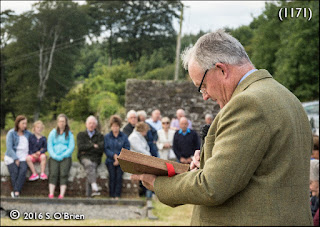 The first reading at this great ecumenical occasion by Lord Waterford. 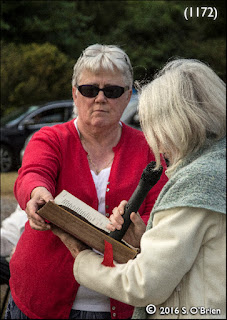 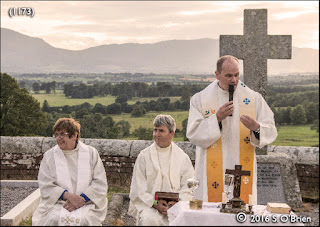 Some were distracted during Fr. Richard's fine homily. 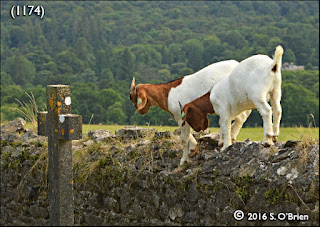 It must have been these goats, part of a Curraghmore herd,
who had been allowed to graze on the grounds for some time beforehand. 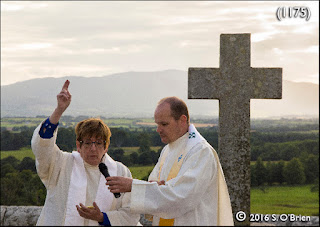 The Blessing, by Revd. Mellissa, assisted here by Fr. Richard. 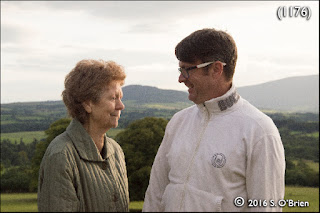 'Preesh' Morrisey attended the ceremony with her son, Tom. 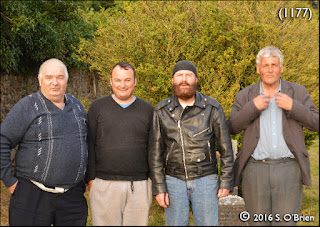