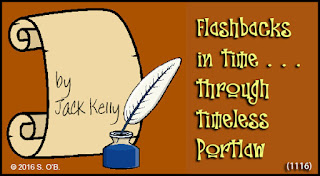 When dawn broke to herald the 20th Century, the model village of Portlaw was in a state of shock.  It was now known as a deserted village.  The Cotton Mill which was the lifeblood of the community ground to a halt.  A golden era of full employment ceased due to large export taxes on raw cotton from USA, and the outcome of the civil war giving freedom to the slaves who harvested the crops was the final blow to the Malcomson Empire.  No more would there be fluorescent wisps of cottons particles on the shawls of the ladies attending midnight mass.  The gas lights that lit up the village were quenched.  The brick works and saw mills in Coolfin were silent.  The massive house built by the mill owners are testament to the great wealth of this great family.  We are told our founding father at one time had letters of credit for £1,000,000 from the Bank of England.

Alas, like a sinking ship, the end came quickly.  Skilled workers abandoned ship and returned to Northern Ireland, to Yorkshire and Lancashire to pursue their careers.

A dark mist of unemployment descended on the Village.  Portlaw was totally dependent on our factory; life became hopeless with no bright light in view.  To have their livelihood taken away was a terrible blow for a proud people.  We are told a visitor to Portlaw in 1902 observed how the houses were boarded up and there was grass growing in the streets.

We move on, with the closure of the cotton mill; Mayfield House was commandeered by the IRA.  We are told by Maurice Nugent that a curfew existed from 10pm each night when shots were fired inside Mayfield House. Years later bullet holes still remained in the walls.

Some time later, when independence was declared, there was political unrest; Maurice recalls how some IRA soldiers attacked some R.I.C. Officers on the Square.  The R.I.C. men were stripped of their uniforms which were burned on the spot.  Maurice tells me how the officers were lead away wrapped in blankets.  Later Maurice searched through the ashes and collected the buttons – all which remained of the uniforms. 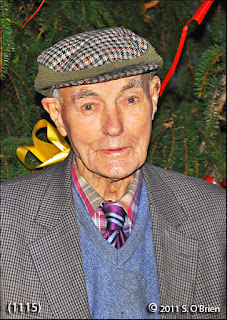 Now I have a theory and must explain the realms of possibility.  One of the officers I maintain was Peter Young who was married to Lil Kelly my great aunt from Curraghmore.  Soon after the attack Peter, Lil and family left for Cardiff.  Peter continued to serve as a police officer until his retirement.  They had 4 children; 3 girls and a boy.  The girls used to visit their grandmother in Curraghmore.  I remember in particular Nancy, the oldest girl coming to visit us.  She was tall and elegant and wore slacks, unheard of by the Irish girls at the time.  She had painted toe nails and wore paint and powder – this also was new to me.  Nancy used to borrow my father’s bike and ride to Portlaw and Carrick-on-Suir to shop.  Her sister became a nurse and later on married Mike Baldwin a famous character from the Soap Coronation Street.

Around that time, the mid 40’s, sometimes a postal order would arrive in Portlaw.  David Alcock the postmaster would ride his bike through the estate and deliver the money-order to granny.  This brought great pleasure to granny who had £1 or £2 extra to spend.

Recently I visited my great-grandmother’s grave in the Portlaw graveyard.  I found Bridget’s grave who died on 7th June 1956 aged 94 yrs.  Next to her lies Elizabeth Young wife of Peter Young, who died in Cardiff on 17th September 1964 at the age of 72.  Finally there was a third grave Mary Morris, Bridget’s mother.  Mary lived in Salaheen and was the mother of 12 children.  Her husband was found dead in the Clódagh river near John’s Bridge.  He was on his way to work in the stables at Curraghmore,and walked into a flooded river.

There is a sad ending to this story; because of the nature of his death William was not allowed to be waked in the Parish Church.  He was, in fact, waked upstairs in Madge Brett’s Pub.  That was the custom in those dark non-Christian days.  The following day his remains were brought by pony and cart across Fiddown Bridge and buried somewhere in south Kilkenny – the place of his birth.

Peter Young only visited Portlaw once to bring his wife to her resting place inside the wall of the Chapel Hill.  A family member tells me Peter did not get out of his car – perhaps he was still haunted by a fire long ago.

Writing this little story many thoughts have flashed through my mind.  Everything has been inspired by the recollections of Maurice Nugent, who last year celebrated his 100th birthday.  These memories are invaluable.

As we walk proudly towards 2016 remembering all that has come and gone, we must look forward to a bright new day.

Thanks for the memories, Maurice!