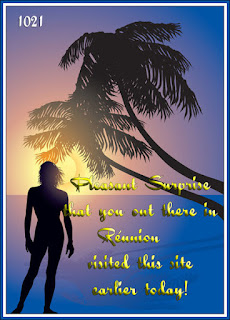 Réunion is a French department in the Indian Ocean, off the coast of Africa; it was very much in the news last July, due to the finding of part of the Malaysia Airlines Boeing 777, MH370, which had disappeared in March 2014, and was washed up on a beach there.
The plane was flying from
Kuala Lumpur to Beijing.