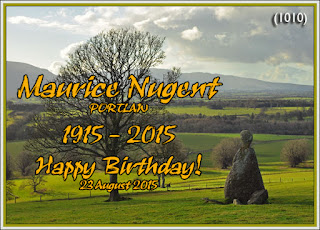 Congratulations
to local resident,
MAURICE NUGENT,
whose 100th birthday occurs today
23rd August, 2015.
An "Open Day" was held at Maurice's home yesterday,
attended throughout the day by a large number of neighbours,
and well-wishers.
Some photos taken on the occasion hereunder. 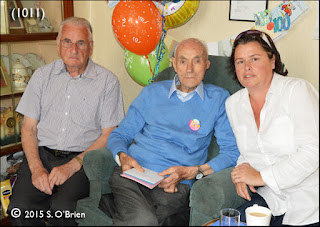 Maurice with Séamus Crotty and his daughter, Gráinne. 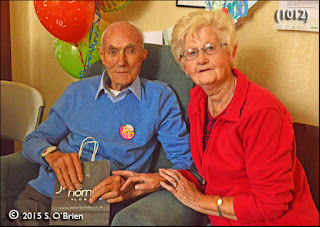 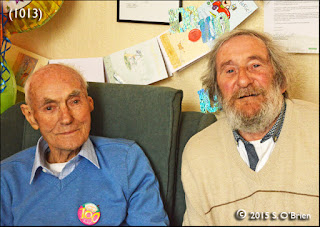 With local personality, David Cohen.
David was born in Palestine prior to the setting up of the state of Israel. 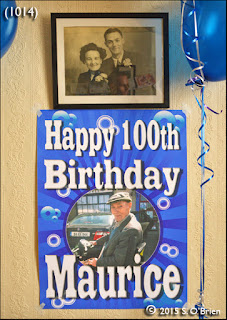 Over the poster can be seen Maurices wedding photo,
with his late wife, from many years ago. 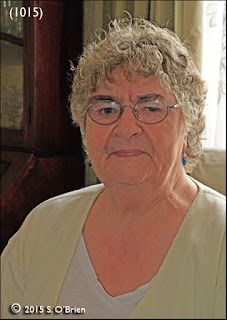 An early caller was Bridie Cullinan,
who dropped in early each day to see how Maurice was doing. 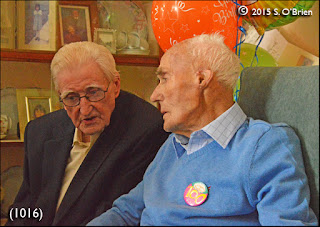 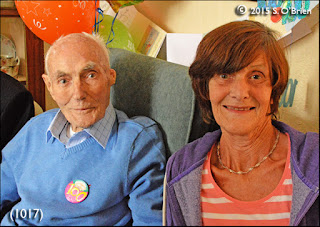 Allie Walsh was still another of the many well-wishers who called. 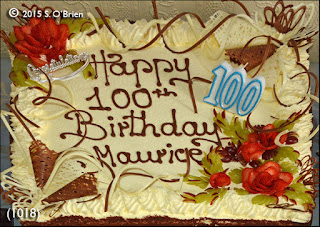 (End of series. A single left-click on any image will show an enlarged version)