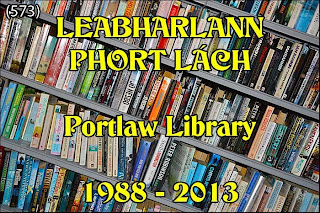 The 25th Anniversary of the opening of Portlaw's Library, was commemorated by a small group of members on August 15th. 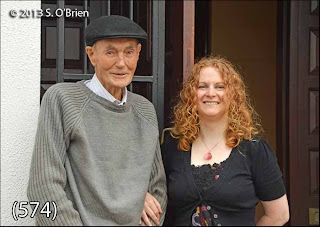 Among the very first to arrive on the scene was Maurice Nugent, the library's oldest member (98 years of age the following week), accompanied by Tramore librarian, Loretta Kinsella, who was Portlaw's previous librarian before her promotion. 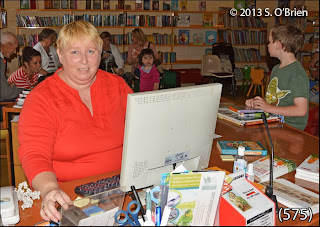 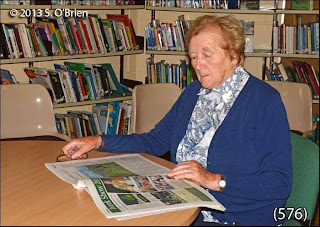 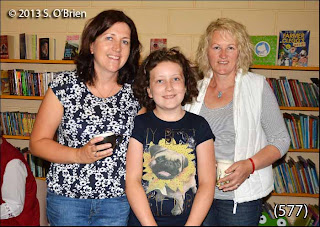 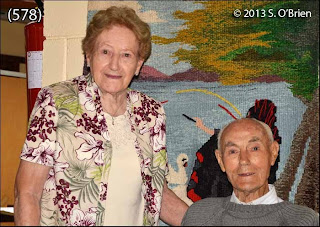 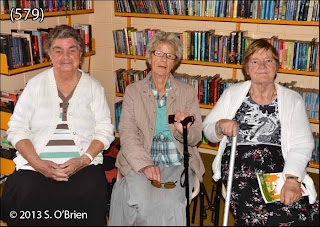 Proudly hanging on the library wall is the very large painting by nationally-known local artist, Fergus Lyons.  A brass plaque beside the artwork reads: 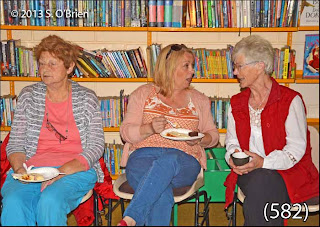 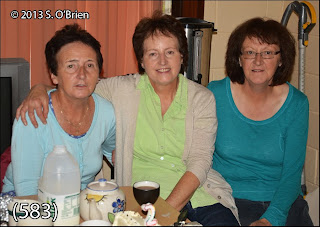 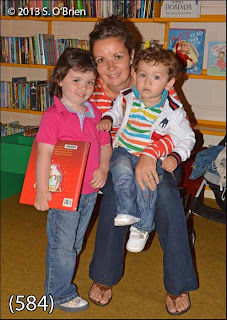 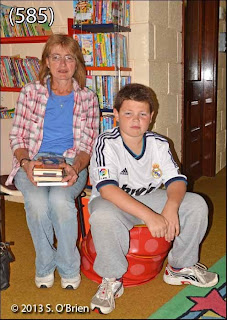 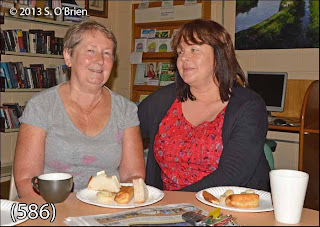 Alice Kiersey, popular manager of the Dr. Martin Day Care Centre,
came along too for the occasion.
Here she (on right) is seen with Mary Fowler.. 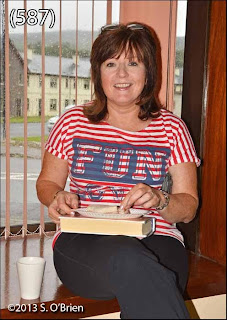 Seats were scarce, but Mary needed a rest!
Notice the rain outside. 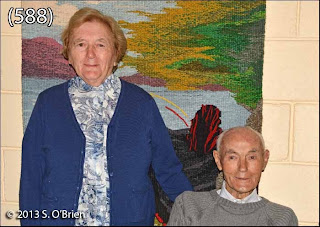 It seemed everyone was anxious to be photographed with Maurice! 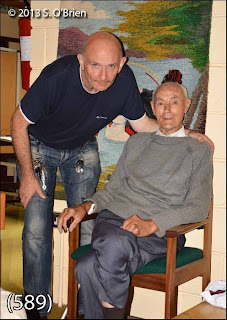 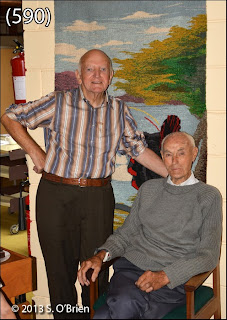 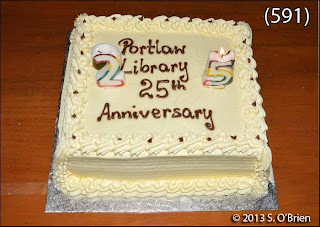 Special Cake for the occasion. 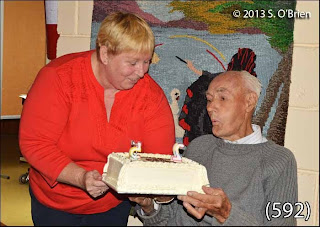 Maurice, days short of his 98th birthday, was chosen to blow out the candles. 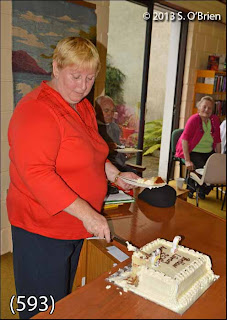 Helena has the task of slicing the cake, needing something like the miracle of the loaves and fishes! 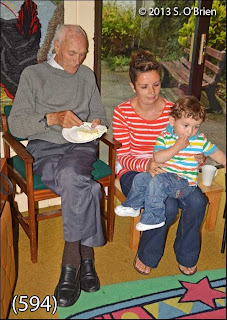 Maurice with Ruth Gorman and Eibhan. 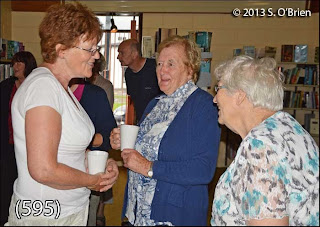 And so the talking and tea-drinking continued till closing time!!!

(This concludes this series of pictures)