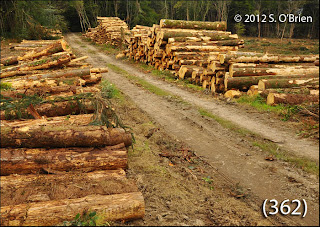 Many of the images on this Blog, depict local people during certain events or occasions, which are important to record;  however, an eye is being kept on the local landscape also.
The above scene, taken not far from the summit of Tower Hill, shows that most mature coniferous trees there have now been felled and are being transported away. Huge lorries with trailers can be seen daily on the road to Clonagam.  If you meet any of them, you may have to reverse a considerable distance, which I've experienced in recent days.  It's best to avoid that road for the next few weeks! 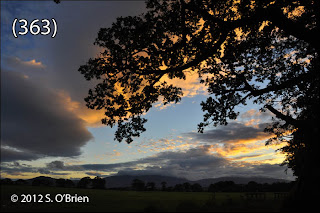 A recent evening sky recorded at the Polo Field entrance, with the Comeragh mountains on the horizon. 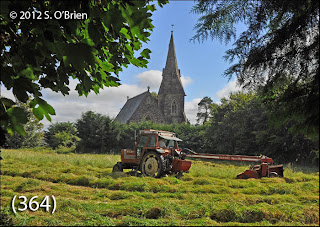 Cutting the hay in Coolroe townland at the edge of Portlaw. 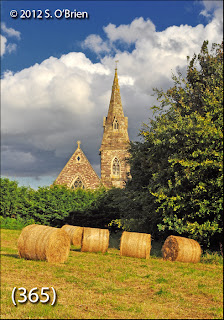 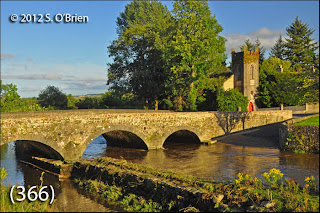 The bridge over the Clódagh river with the now-defunct Presbyterian Church (from 1845) on it's right, just five hours after heavy flooding in recent weeks  Thankfully, the flood subsided rapidly.
The near arch spans the former cotton mill canal. 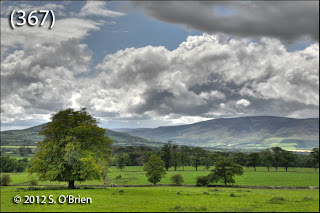 Interesting cloud-scape, with the Comeraghs on the horizon, taken from Tower Hill Cottages in mid-June.

Pictures from the Open Day at the Dr. Martin Day Centre to follow shortly.

Thank you to the people from almost seventy countries who look at, or have looked at this Blog, especially the person from the People's Republic of China, who looks in almost daily!!!