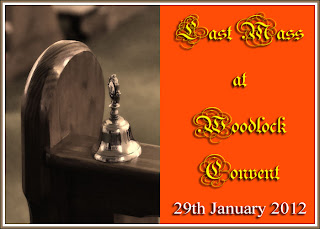 Inset:  The small hand-bell used for years to announce the priest's arrival in the church for Mass
With deep regret, Mass-goers at Woodlock Convent were informed just over two hours ago that today's Mass, something which has been celebrated daily for the past hundred years approximately, would be the last held in the building.
This news was no surprise, as the Nursing Home in the building was closed about three weeks ago, and all 20-plus patients moved elsewhere.  Simultaneously, it was announced then that the remaining six members of the Order of St. Joseph of Cluny would also be leaving shortly.
The Mother Superior of the Order (from Dublin?) attended today's Mass and spoke very briefly about the closure and thanked the people of Portlaw for all their support during the last century,
and said it was with great regret that the entrance gate on the Carrick road would be closed from tomorrow Monday for insurance reasons, thus preventing from walking through the grounds those who used the facility down the years.
As explained in a previous 'post' on this site, the building was originally one of a series of residences belonging to members of the Malcomson cotton-mill family. 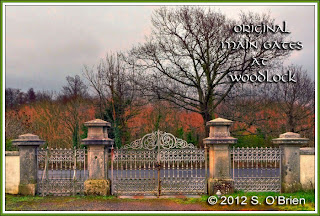 The original main entrance gates to Woodlock House on the Carrick to Kilmeaden road, which have been closed for many years. Much more use has been made of the simple entrance on the Carrick road at the edge of Portlaw town.
Fortunately, myself and two friends received permission to photograph parts of the interior and exterior last Tuesday, January 24th.  We were able to produce many fine images, which will be a rare memento of the place. We are extremely grateful for the opportunity given. 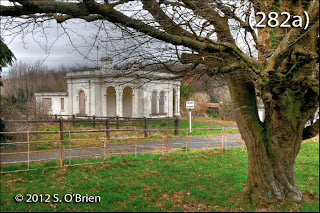 The original gate-lodge off the Carrick to Kilmeaden road, now completely boarded-up due to vandalism.
The entire site is now manned 24/7 by security personnel.  CCTV is in operation also. 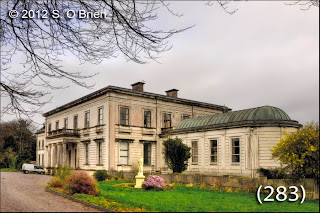 Woodlock - front of building from south-west. 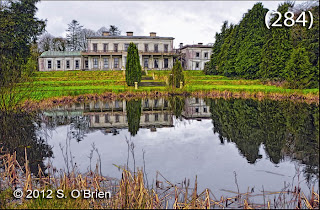 Woodlock from the east. 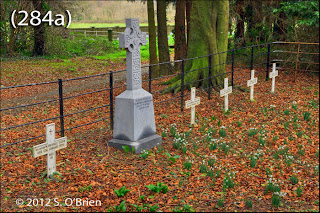 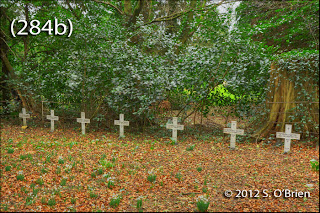 The 'old' cemetery (part of).  Will add the names on the grave markers if/when time allows! 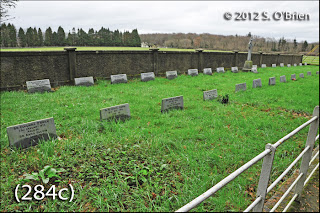 The 'new' cemetery - difficult to depict in a single photograph. 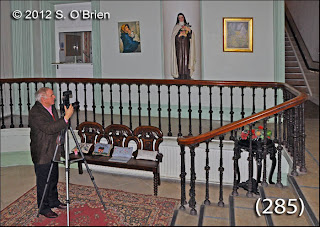 Mr. Frank Cullinane, a member of Carrick Camera Club, one of the three of us allowed to photograph the building before the Sisters departed; seen here in the entrance hall. 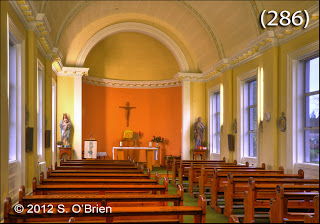 The chapel interior; a conservatory during the Malcomson era. 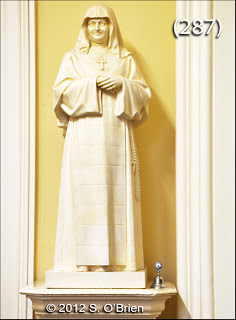 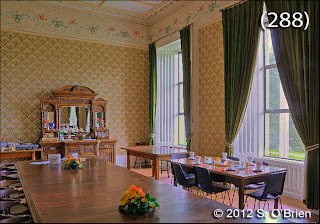 The largest room in the building; formerly a dining room or sitting room; used as a dining room for the nursing- home residents  for many years.  The area in this picture is only about 1/3rd of the total room area. 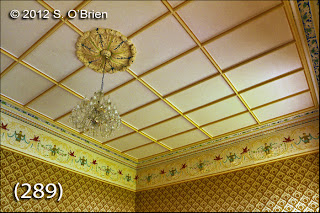 The ceiling and elaborate 19th century plaster-work in the room mentioned previously. 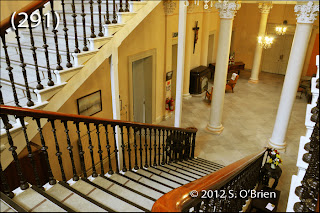 The stairs to the first floor. 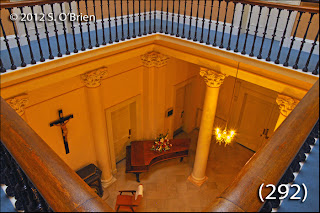 View from first floor balcony.
C A L L  B A C K !
It was a pleasant surprise when the three of us who had been given permission to photograph Woodlock before it closed, to be invited back to take final pictures of the very symbolic switching-off of the convent lights, and some pictures of the very last Sisters in the building.
Thanks once more to all concerned! 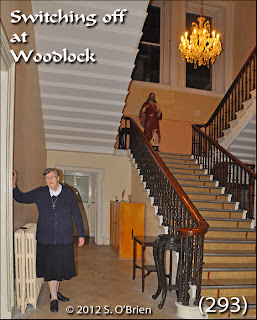 Sr, Josephine ready to switch off the convent lights. 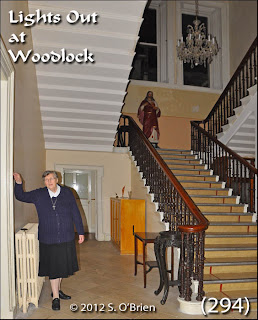 Lights out in Woodlock, just over one hundred years since the Congregation of Sisters of St. Joseph of Cluny first arrived there. A rather poignant moment for those present. 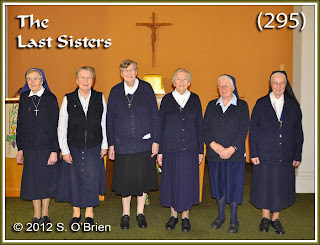 The very last Sisters to leave Woodlock and move to convents in Dublin and County Offaly:
-     oooOooo     -
Why not visit the Congregation of Sisters of St Joseph of Cluny website at:  http://www.sjc.ie/
The order currently has approx. 3,000 members in over 60 countries worldwide.
A double left-click on any image will show an enlarged version.
Posted by Seán at 11:51 AM