The contribution by Fr. Richard O'Halloran on the Portlaw & Ballyduff Parish FaceBook pages on October 27th re St. Otteran has re-ignited my interest in the historic island of Iona which I visited on a trip to the Hebrides in 2010. I would recommend that you read/re-read Fr. Richard's article, which I found most interesting. October 27th was the Saint's Feast Day. 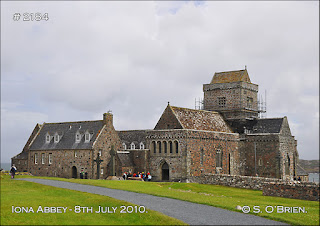 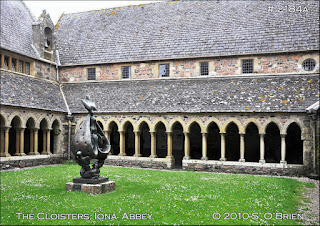 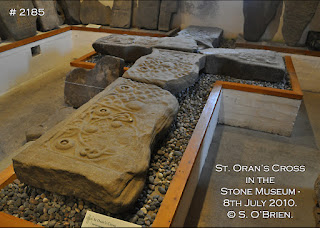 The badly damaged St. Oran's/Otteran's Cross in the Stone Museum, which housed an amazing collection of ancient grave-slabs from the nearby cemetery, which covered the graves of many Kings, Princes and Chieftains from even further afield than Scotland itself. A note said that it was proposed to repair the cross and re-erect it once more.  A great place to study grave-slab iconography, if one has the time; after all, one has to remember the departure times of the ferry back to Mull!
The cross has since been repaired. You can read about it at:                                         https://www.bbc.com/news/uk-scotland-south-scotland-21698410 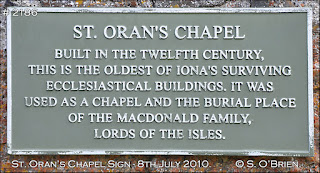 The surprising number of signs and places around the abbey shows how highly regarded St. Oran/Otteran was regarded. 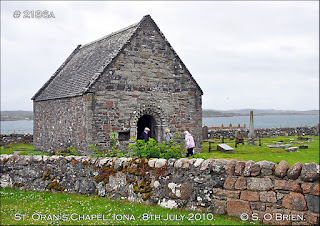 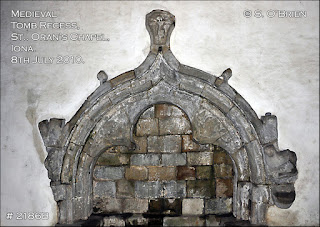 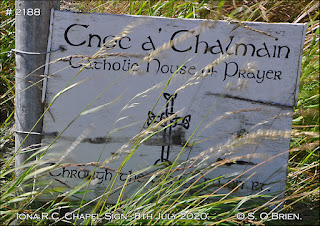 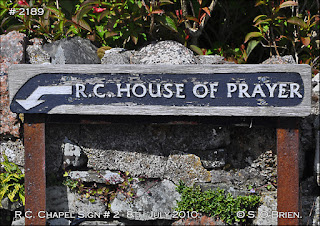 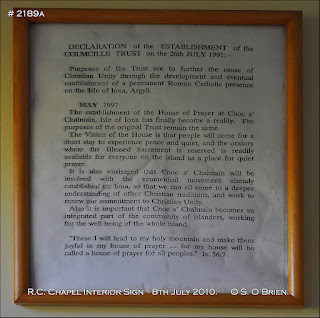 The above sign was noticed inside the chapel door. 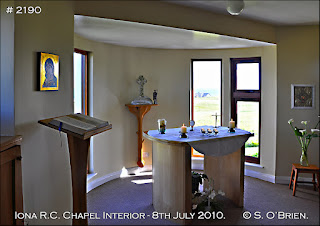 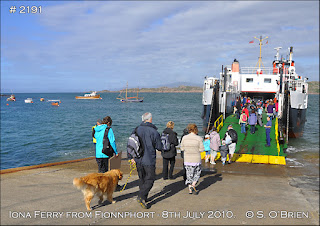 The small ferry from the island of Mull, which apart from foot-passengers, only carried the equivalent of one car and one van. 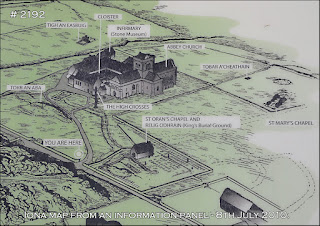 I was glad to have found this map on one of the information panels, with a bird-s eye view of the area showing the important buildings, etc. The island is quite small, just about 3 miles long and 1.5 miles wide. 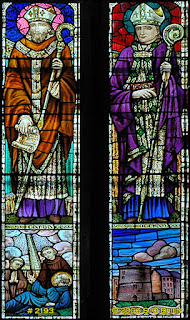 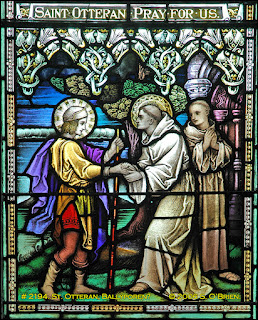 Am uncertain of the location of this superb bottom panel of a window, and have no knowledge of what the contents depicts!  Any info would be appreciated. 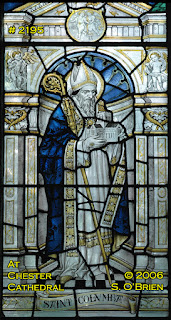 There are windows around the country depicting the Saints associated with Waterford city and county, as can be seen from the previous images from county Tipperary, but if you keep an eye out, you may find some other interesting ones further afield, like the magnificent one above of Columba/Colmcille which I spotted in Chester Cathedral, England, while on a visit there many years ago with the late Neil Marchant from Portlaw. After all, it was Colmcille/Columba, who with St. Oran, was the prime mover behind that early mission to convert Scotland. More about that later. 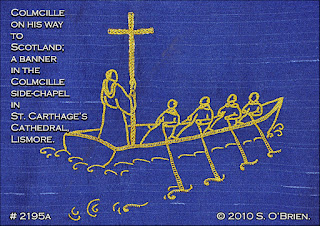 . . . and a short distance from Portlaw, is the fine Clarke Studio window hereunder in Clonea-Power church, depicting both St. Carthage and St. Otteran: 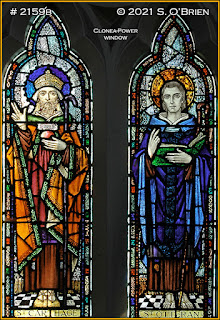 A single left-click on any image will show an enlarged version.
And after all that, why did Columba and twelve of his disciples head off to convert the people of Scotland? You  can read all about it and the Battle of Cúl Dreimhne, present-day Drumcliffe, Co. Sligo, at:
https://en.wikipedia.org/wiki/Battle_of_C%C3%BAl_Dreimhne
St. Finian of Clonard is mentioned. Clonard is located on the R148 between Kinnegad and Enfield, Co. Meath. He had founded an early monastery there.
An even lengthier article about Colmcille, Finian and the battle can be read at:
https://thewildgeese.irish/profiles/blogs/the-battle-of-c-l-dreimhne-battle-of-the-book-1
I had the pleasure of meeting an American writer about 1985, while holidaying around Lissadell, County Sligo, quite near Cúl Dreimhne/Drumcliffe, who was an expert on the battle, and who told me he could show me the fields exactly where the battle took place.  I should have taken note of all the information he divulged!
Posted by Seán at 12:56 PM