The evolution of a simple image to something very different! 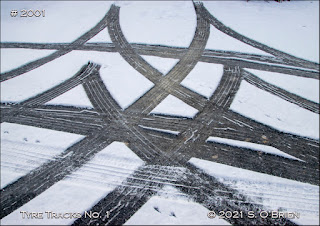 Tyre tracks outside our front door on January 25th had possibilities, I thought! 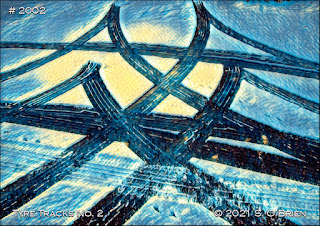 I was thinking of stained glass!  The whites and blacks were adjusted, also the contrast and sharpness, then some colours added. 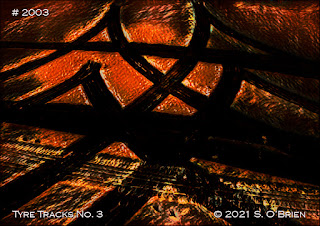 I then began to think of the many colourful Clarke windows I had photographed over the years, and adjusted the blacks further, plus added red. 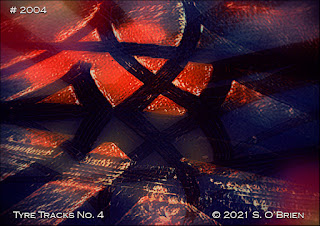 The reds were then saturated more; blue was added to some areas, after which I decided to rotate the image 90 degrees clockwise.
Not having the ability to add biblical or other figures, I felt some appropriate text would suffice, and picked on an excerpt from the Psalms to do with music.  It may not look liked stained glass, but I myself was pleased with the result!!!
A single left-click will show an enlarged image.
Posted by Seán at 4:24 PM