Last Friday, May 3rd, I decided to go for a walk on a different route than usual,
and went down from the Salaheen entrance to King John's bridge to see what
what was in bloom at the time. 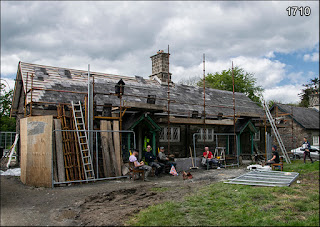 I was pleasantly surprised at Salaheen cottages to see that re-furbishment of the houses
is taking place. These 'old world'  picturesque dwellings have been photographed and painted
by people for many years. 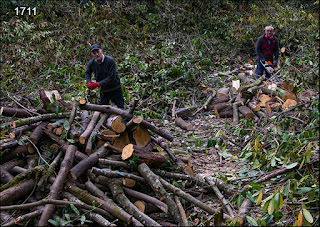 Half way downhill, I met the above gentlemen who were clearing a large area of Laurel bushes,
which, when unchecked,  seem to take over wide areas like Rhododendrons. 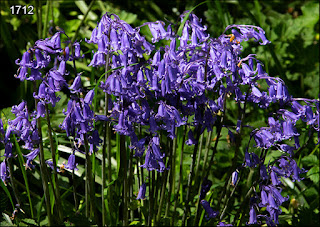 Bluebells were to be seen covering much of the roadsides and also in among the trees. 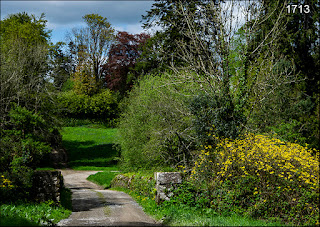 The approach to King John's Bridge was brightened by the above yellow flowers,
which I was unable to identify at the time
Later, following an Internet search I discovered they were in fact
'Japanese Rhododendrons/Azaleas',
according to info and a good colour photo on a UK garden centre website. 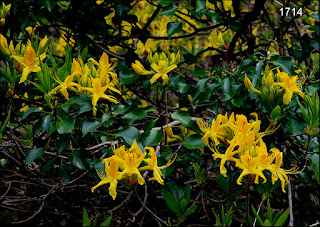 A close-up shot of these flowers showed how beautiful they were.
These shrubs produce foliage which is quite colourful in the autumn,
and which I had photographed previously, but whose name I could not ascertain then. 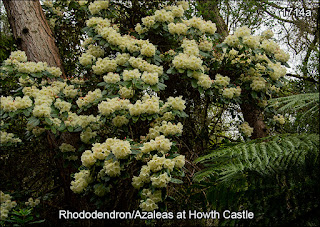 Further example of Rhododendron/Azaleas at the Deerpark, Howth Castle,
a wonderful place to spend a few hours on a walk or simply
to drive uphill there from the castle,
and view the spectacular scenery at any time of year.
Taken on April 19th last.
Entrance is on the road from Sutton to Howth, and beside Howth Church of Ireland.
Well signposted. No entrance fee. 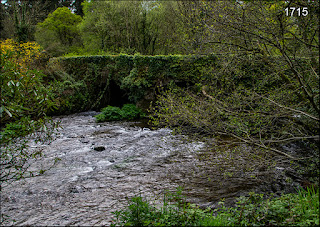 King John's Bridge arches from the east side approx.
(built during the reign of King John, a visit from whom was anticipated,
but did not materialize). 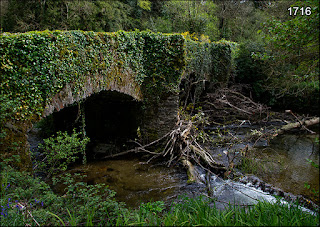 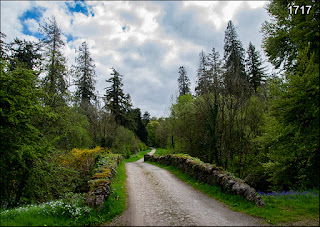 The approach to the bridge from the north side approx. 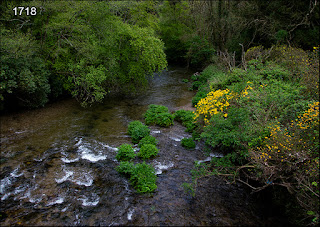 Finally, a look at the now-low waters of the Clódagh,
as it flows towards Portlaw and the river Suir.
Posted by Seán at 6:00 PM