Accidentally, while returning home one evening last month, I came across the Munster Chernobyl Aid convoy, as it was assembling at Portlaw.  In brilliant sunshine, a large number of local people turned out to talk with those drivers, co-drivers and helpers before they were cheered on their lengthy journey to Belarus, with much-need aid for the many unfortunate people there. The colourful signage on the various trucks was quite striking, and hopefully got the message about the continuing plight of inhabitants of that area across to thousands on that lengthy journey right across Europe 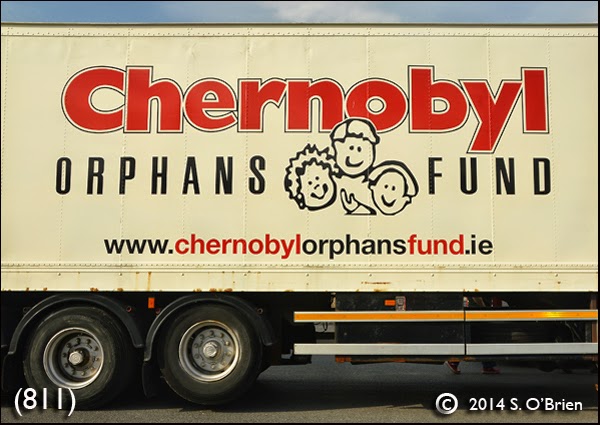 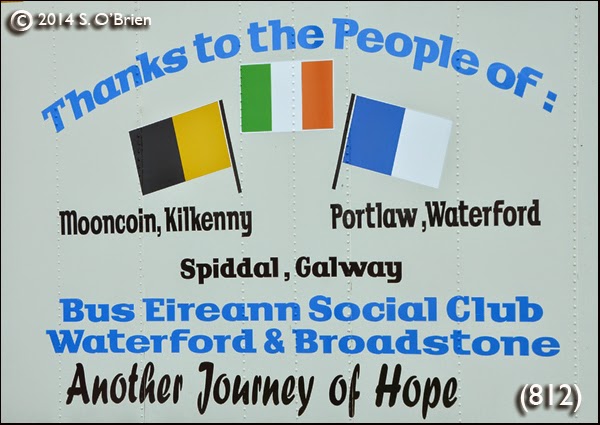 Some of the truck signage. 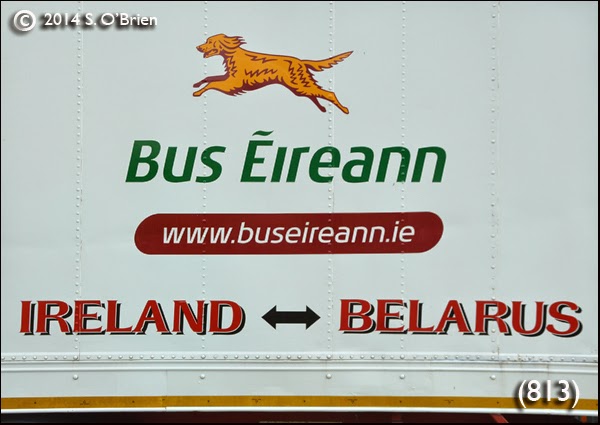 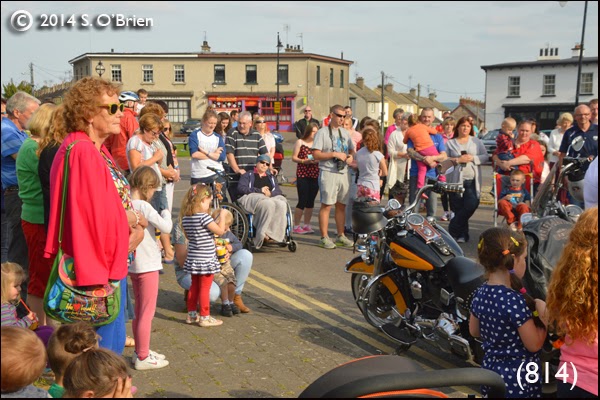 Mary Forsey, on left, awaiting the 'move off'. 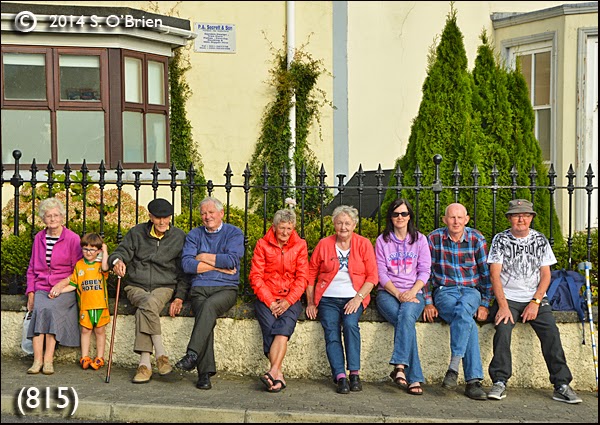 The name Chernobyl will never be forgotten, following the disastrous explosion at the Nuclear Power Plant there on April 26th, 1986, resulting in the deaths of numerous people, then at the site itself, and ever since from various types of cancer, other fatal illnesses, and deformities caused by the radioactive fallout.
The town of Pripyat, with a population then of over 50,000, had to be abandoned, and many nearby villages were heavily contaminated, resulting in a wide exclusion zone. However hundreds of the elderly inhabitants of these areas refused to leave and be re-housed elsewhere for fear of the inability to settle down in such areas.
Possibly the worst hit people were the children born later with severe birth defects, cancer and other serious illnesses, many of whom are maintainted  in poorly-equipped homes and stark surroundings. Furthermore many such children have also lost their parents.
Humanitarian Aid from Ireland has been an outstanding gesture for many years, but hundreds of those children have been brought to various parts of Ireland for a holiday each summer also, being accommodated by numerous generous families.
It is not possible to give a more detailed account here of the present-day situation in the affected areas, and I do not have any further information on ‘Munster Chernobyl Aid’ but am adding some lines hereunder as published in St. Patrick’s Church weekly newsletter with the kind permission of the author, Margaret O’Hara, whose husband, Michael, travelled with the convoy:

BELARUS CONVOY
"The convoy that left the square in Portlaw on Sat. Sept 7th have returned home safe and sound. A gruelling round trip of over 6,000 km was made by 12 men and one brave woman. The members of the convoy - in particular the three local men Noddy Jacob, Dixie Maher and Mick O’Hara would like to thank most sincerely Fr. Richard for his lovely words of encouragement at the start of the trip, the pipe band and the people of Portlaw and beyond who came out in great numbers to send them safely on their way. They would also like to thank everyone, too numerous to list individually, who donated in any way to make the trip the success it was. Over 85 tonnes of aid was delivered to the people of Belarus. No words could describe the joy this aid brought to these humble people; let’s just say ours don’t know how lucky they are. Roll on next year and may the next trip be as successful."
Thanks again, to one and all! 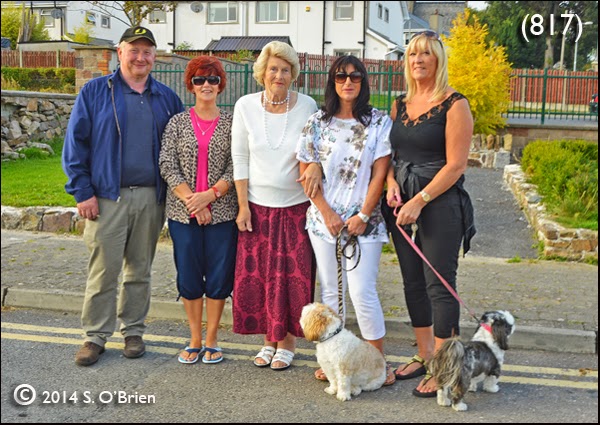 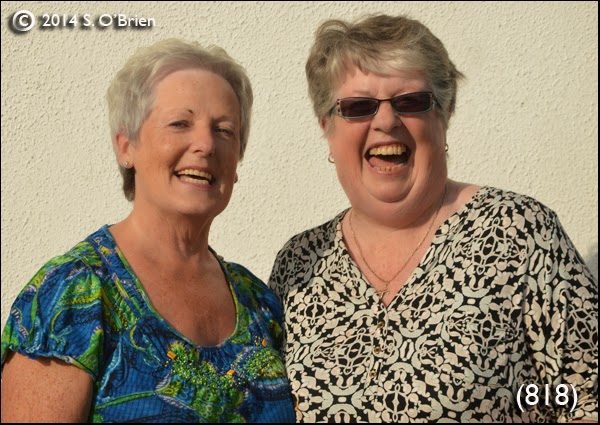 Jean Walsh and Terry Walsh enjoying the sunshine and the proceedings. 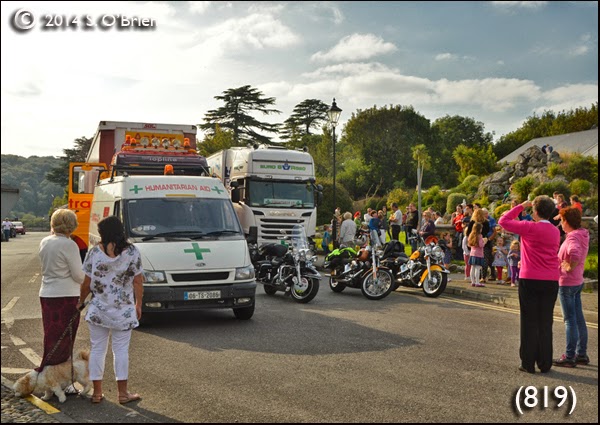 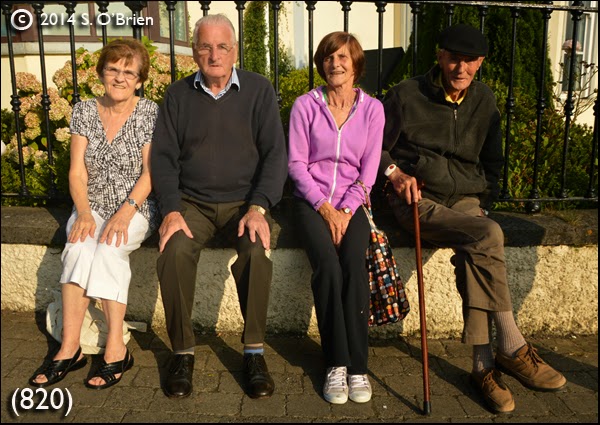 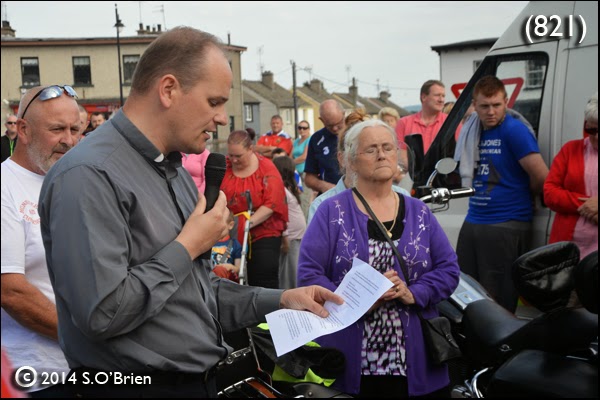 The curate, Rev. Fr. Richard O'Halloran, blessing the convoy before it moves off. 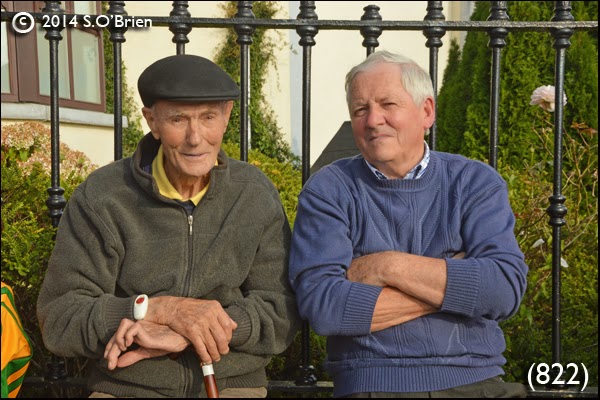 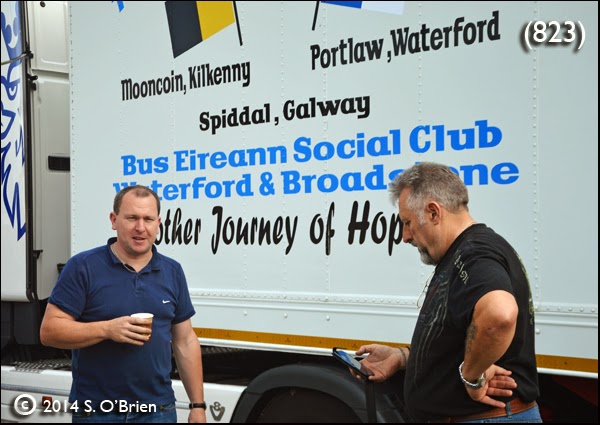 Some final 'Hellos' to be said! 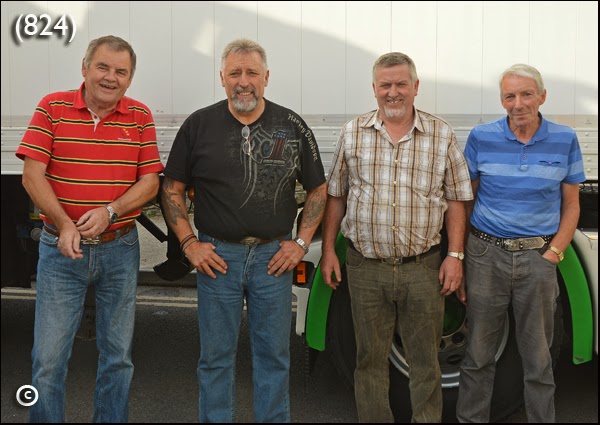 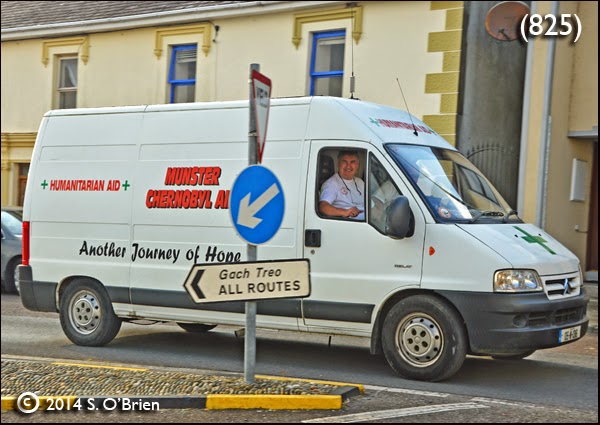 The ambulance leading the convoy. 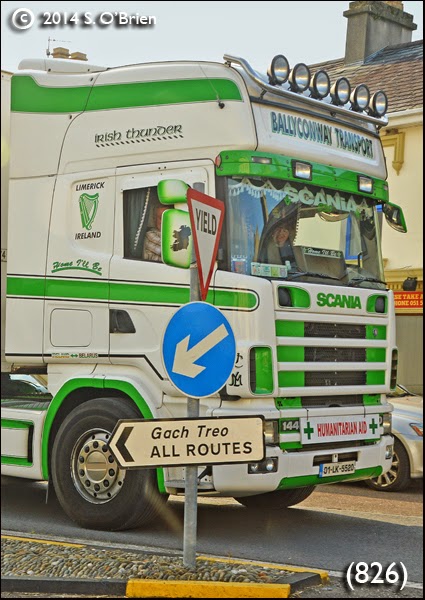 The trucks passed quickly, making it difficult to get an overall picture. 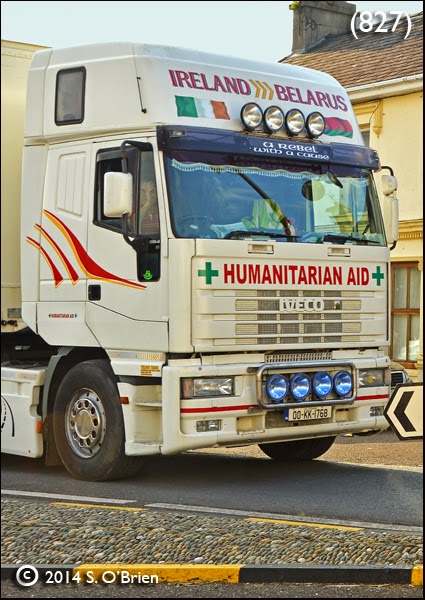 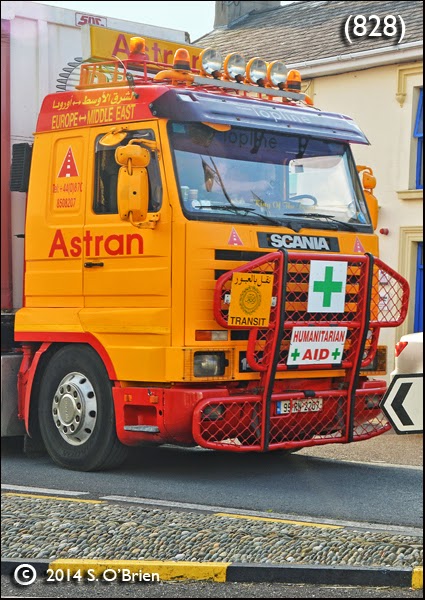 Finally, the last vehicle in the convoy leaving on it's 3,000 km journey to Belarus.

(If anyone can email the missing names, it would be much appreciated!)