One of those recent days on which we had beautiful weather, but only for a short time: 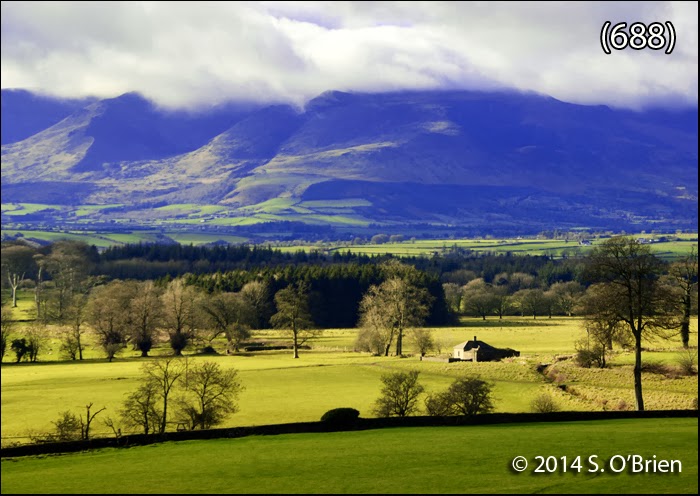 Coes' Lodge on Curraghmore estate, in a beautiful setting, my favourite local subject.
The lodge is unhabited for many years.
The Comeragh mountains in the background .
Left of centre - Iske Soluis (Uisce Soluis - Water of Light);.
The large coum left of centre being Coumshingaun (Coum Seángán - Hollow of the Ants);
Crotty's Lake is right of centre in the dark area.

A more-or less similar view of the mountains
which are covered in a light snowfall some days.
Tomorrow, Feb. 12th, it is expected to be significantly heavier! 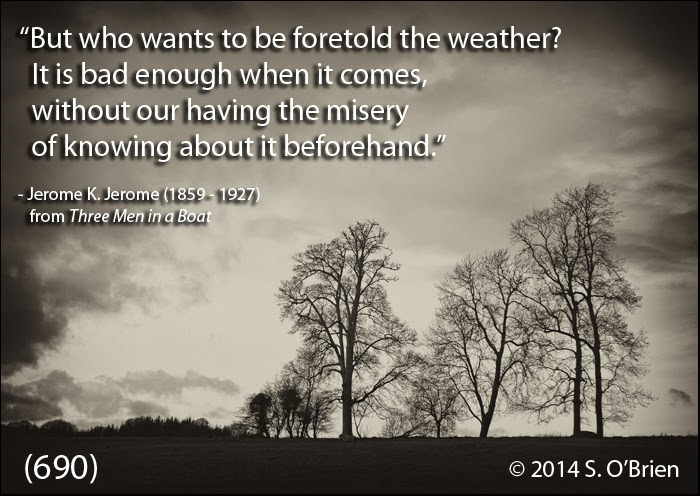 At times in recent weeks, it just dark, gloomy, raining and extremely windy.
These trees on the avenue north in Curraghmore estate a week or so ago.

. . . and then on February 12th came one of the worst storms since records began,
doing untold damage nationwide.
Strongest gust of wind recorded was 178 kmh, with waves as high as 25 metres on the west coast. 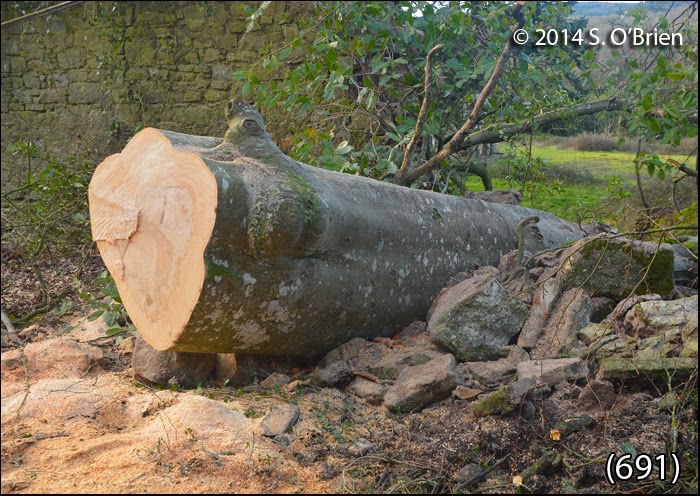 Portlaw got it's fair share of the storm with numerous trees down,
some possibly a few hundred of years old,
many with the finest of commercially-valuable timber,
which had to be cut into short lengths in order to clear roads, like the one above,
which fell between the Health Centre and Springfield House. 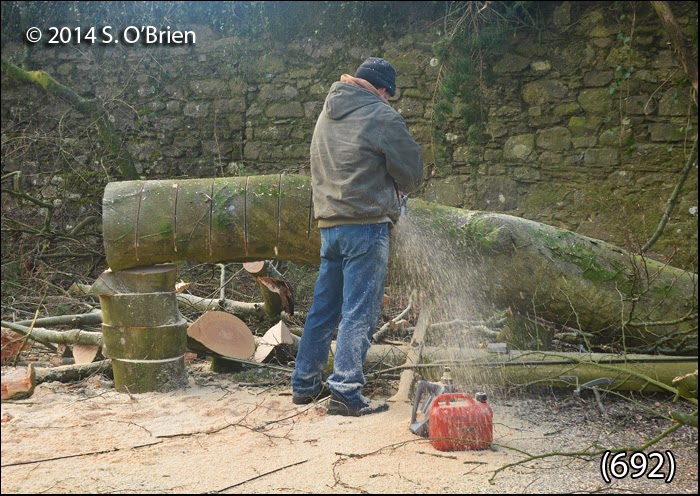 Considerable time and manpower was involved in disposing of that one,
using car lights late into the evening.
Most of Portlaw had been left without electricity for nearly twenty hours,
but the figure nationwide was approx. 275,000 homes.
Three days later that figure has reduced to approx. 50,000 homes. 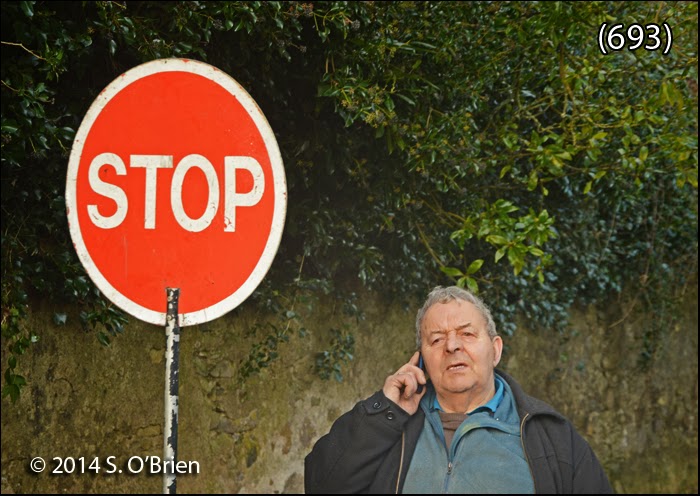 Mr. Mikey O'Shea, from whose property the tree toppled,
stood guard to stop vehicles approaching in the dark on Wednesday the 12th,
and again next day while disposal continued.
The entire road for over two miles to Clonagam church and beyond was strewn with trees,
ancient beeches and some conifers on the west side, and scores of conifers
in the Coillte plantations on the east side of the road. 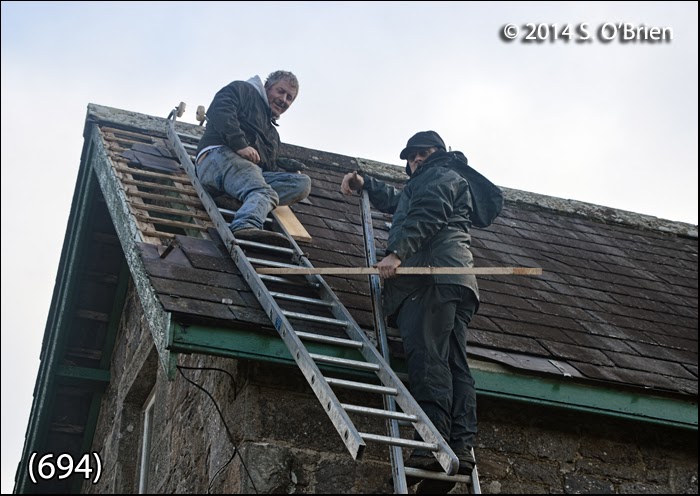 Here at Tower Hill Cottages, the roof was being hurriedly repaired in case the next storm
would lift off the entire roof. 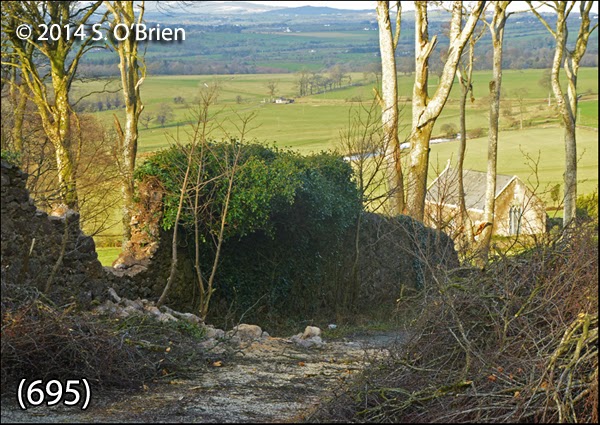 The scene at Clonagam Hill where one fine beech fell across the road, but inside the wall many more were seen to be fallen. On the right side, in the Coillte plantation, dozens of tall conifers were also flattened by the storm. Three ancient beeches at the bottom of the hill in front of the church were victims. 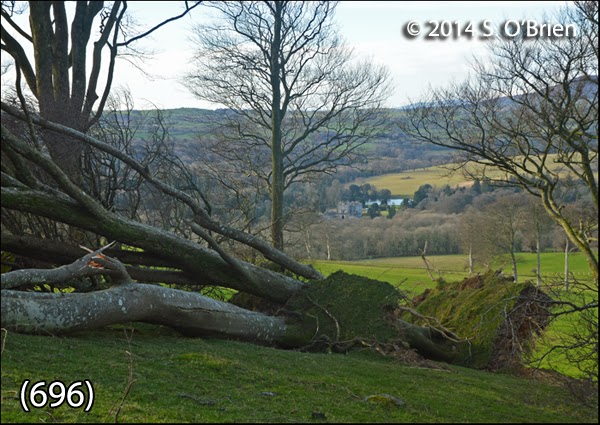 One of those uprooted inside the wall shown in the previous picture.
Curraghmore House can be seen down in the valley almost in the centre of the picture. 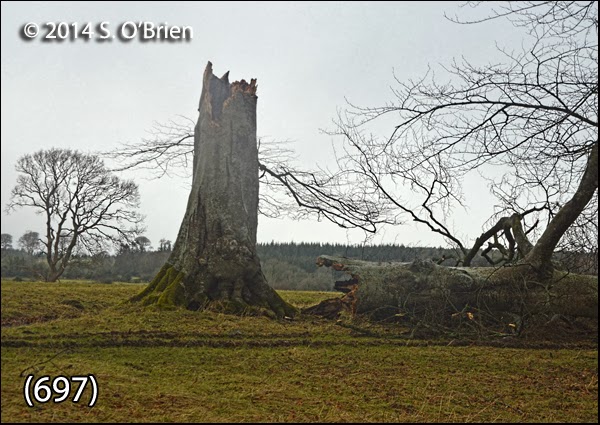 One of a number of casualties at the Long Meadow. 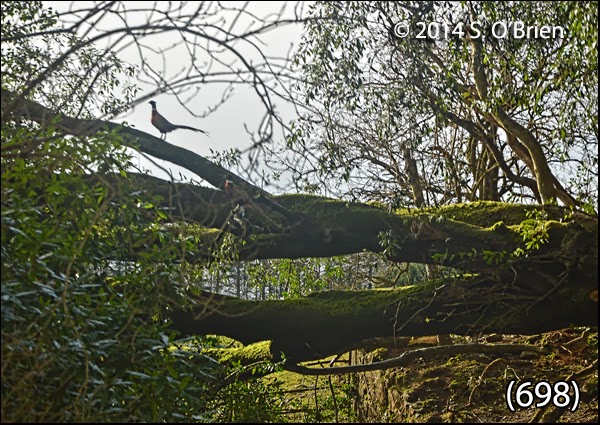 Still another casualty near Whitestown Lodge (aka Kellys' gate).
Here, less than 24 hours after the storm, pheasants were trying out their new perch! 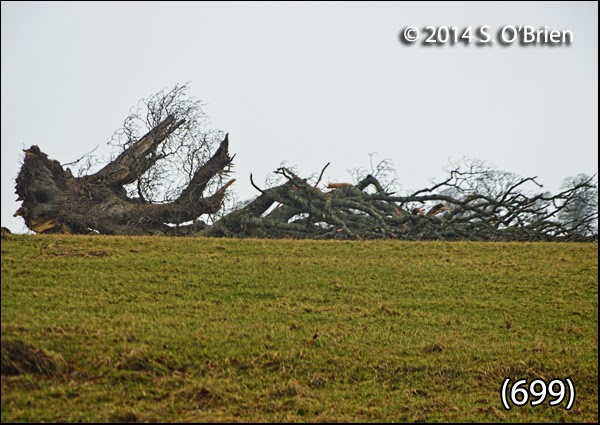 At the Long Meadow once more.
One gentleman told me that as many as one hundred such trees had fallen in Curraghmore estate. 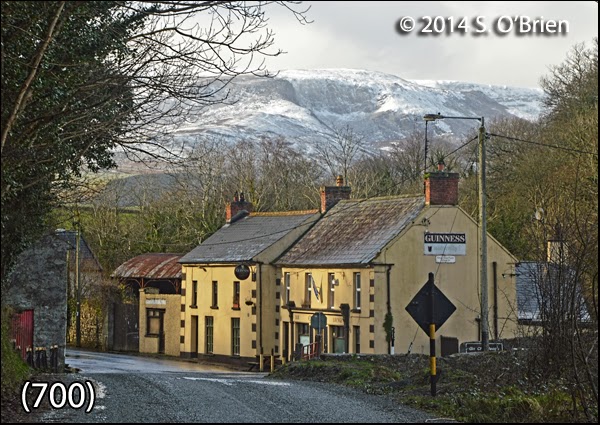 Not too far away, Clancys' Pub at Clonea-Power looked splendid with the snow-capped Comeraghs forming a backdrop, but further storms are forecast!
The coum in which Crotty's Lake is situated can be seen directly above the centre chimney.

Six days after the storm I had a closer look at storm damage between the top and bottom of Clonagam Hill.
From  my viewing point, I counted thirteen large fallen beeches.
Some pictures taken now hereunder: 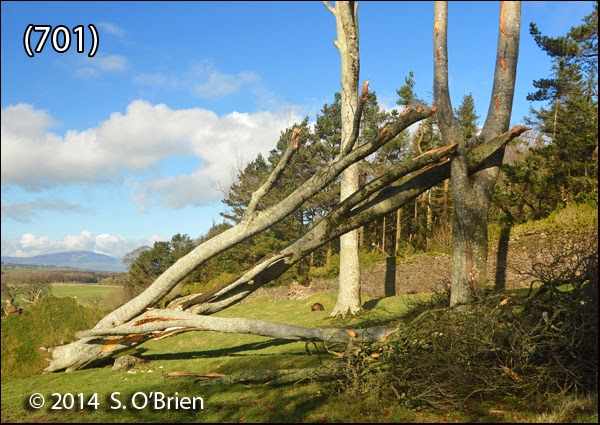 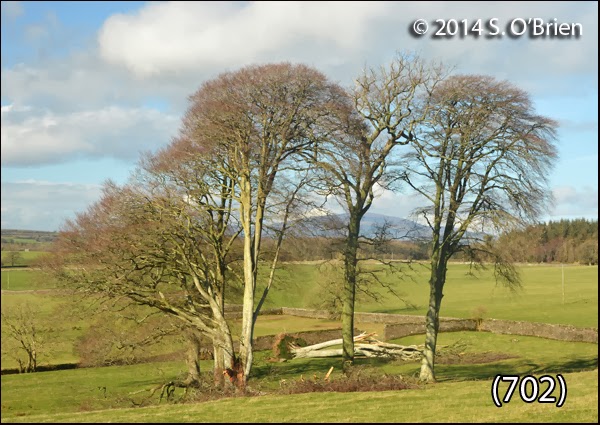 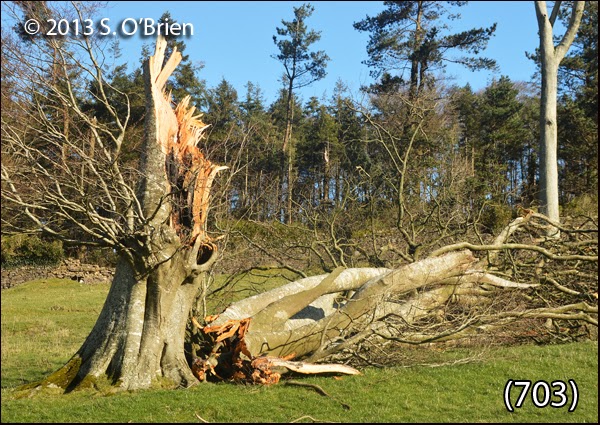 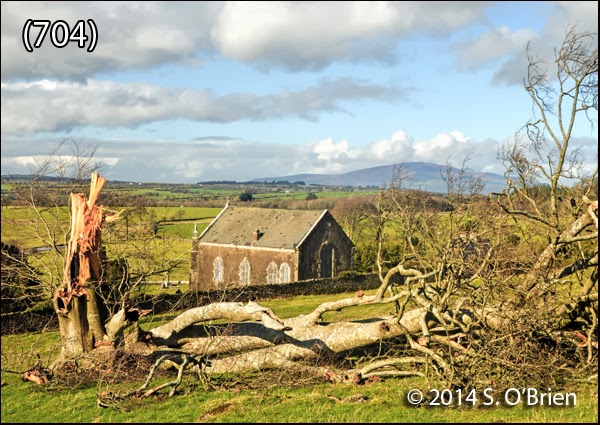 These last two are different views of the same tree. 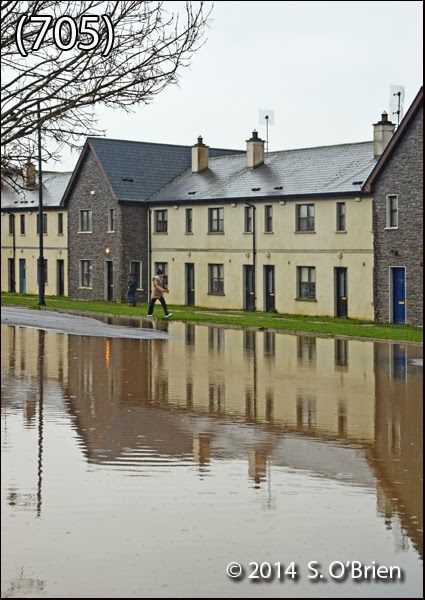 Scene, after heavy rain at Factory Road, on Valentine's Day;
a regular occurrence caused by leaves and mud blocking the drains.