Lord Eames, retired  Church of Ireland/Protestant Archbishop of Armagh & Primate of All-Ireland, came to Clonagam Church,  Portlaw,  on Saturday June 13th, 2009, to speak on the Portlaw-Armagh connection, i.e. the life of Marcus Gervais Beresford, who held the same office from 1862 until his death in 1885.
Marcus G. Beresford, born in Dublin in 1801, was a great-grandson of Marcus Beresford, 1st Earl of Tyrone.   He, the latter Marcus, who had been created Earl on July 18th 1746, had married Catherine Power, Baroness la Poer, of Curraghmore, Portlaw, on 16th July 1717, the first Beresford in Curraghmore, where the family still resides.
Oddly enough, the first-known Earl of Tyrone, was Conn O’Neill, the title (for life) having been created for him by Henry VIII in 1542, after Conn converted to Protestantism.
It would appear that this  resurrected  title was bestowed on Marcus Beresford  (of Curraghmore) when his  father-in-law, James Power, 3rd Earl of Tyrone, died in 1704 and the title had become extinct.  This James Power was son of Richard Power, 1st Earl of Tyrone, who died in 1690, and who was created 1st Earl  in 1672.
The whole story becomes quite complex, to say the least!
A double left-click on any image will show an enlarged version! 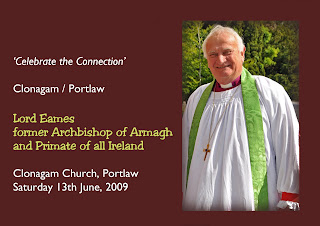 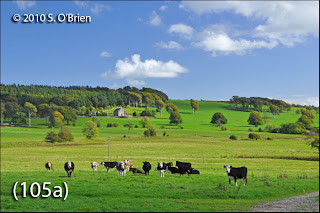 Exterior view of church, at the foot of Tower Hill. 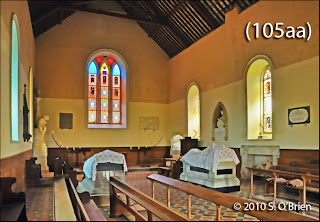 Interior of church, photographed about a year later.
Some of the marble and bronze memorials are covered to keep off dust. 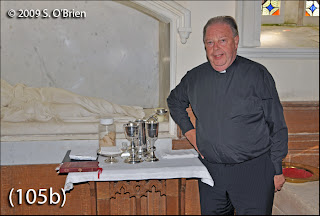 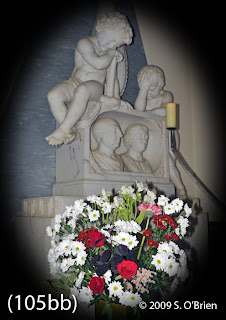 The church was decorated with flowers for the occasion. 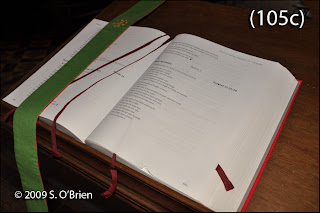 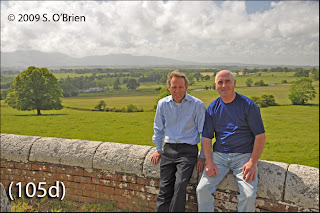 The first visitors were already arriving and enjoying the sunshine as they sat on the boundary wall, from where there was a magnificent view of Curraghmore estate and the Comeragh mountains. 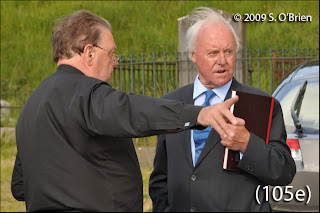 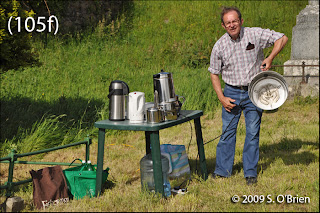 . . . while Victor Bowers was preparing the tea and coffee utensils for alfresco refreshments which would follow later. 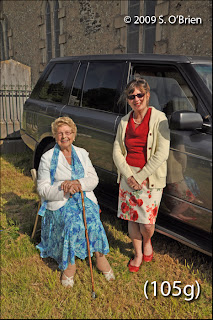 Some ladies were relaxing outside as people arrived . . . 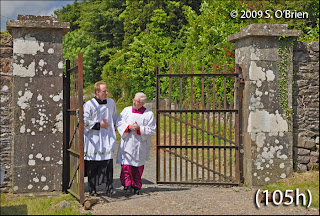 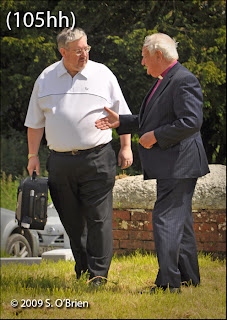 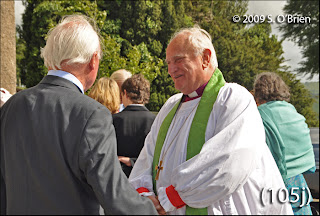 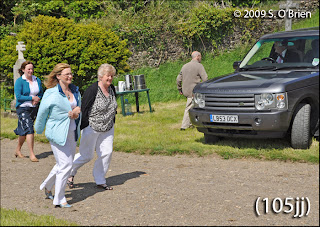 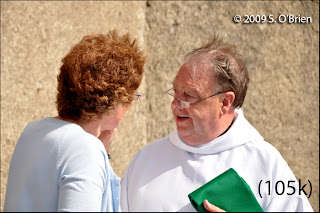 A word of welcome to Bernie Phelan from Canon Cliffe. 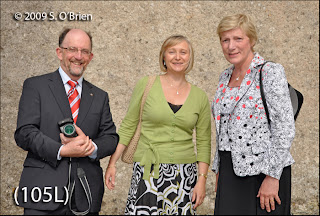 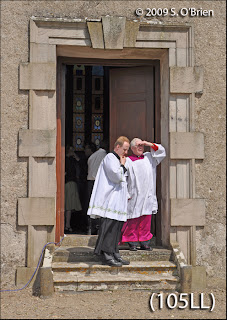 After the service, and lecture by Lord Eames, people proceeded to the  sunny weather outside. 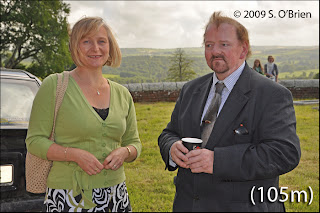 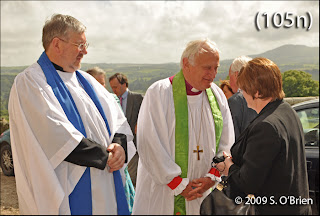 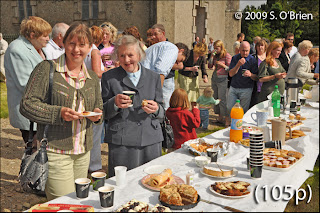 The party was shortly in 'full swing', thanks to a dedicated number of volunteer parishioners. 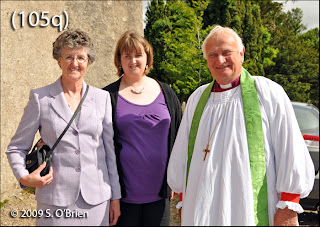 Here, Mary Coe and daughter, Margaret, were conversing with Lord Eames.
Mary's husband, the late Dick Coe, was a member of the Select Vestry in local Holy Trinity Church.
Her daughter, Anne, has since been elected to the same position.  Mary herself regularly assists during HolyTrinity services. 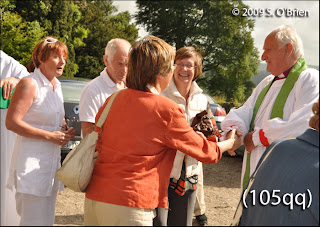 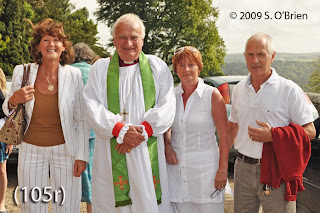 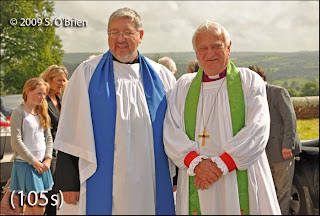 Deacon Brendan Walsh and Lord Eames pose for the many visitors. 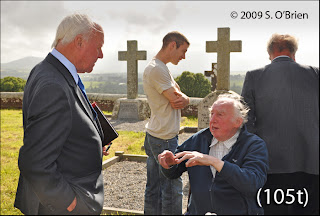 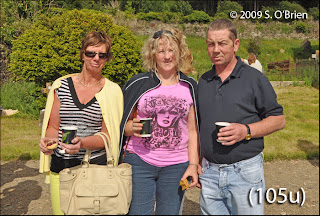 John Hallissey with sisters Christine and Nora.
Regrettably the remaining pictures 'disappeared' while adding missing names!
These will be uploaded as soon as possible.
Posted by Seán at 6:40 PM