090a Gerry Adams' Visit to Portlaw. 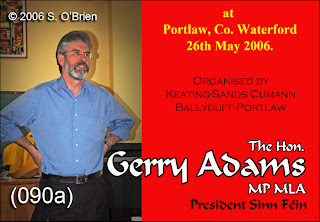 The first in a series of 19 (nineteen) pictures taken during the visit of
the then-Hon. Gerry Adams, M.P., M.L.A., President of Sinn Féin,
during his visit to Portlaw on 26th May 2006.
The visit was hosted by the
Keating-Sands Sinn Féin Cumman, Ballyduff-Portlaw,
who were simultaneously celebrating the 25th anniversary of the founding of the cumann.
Read about Gerry's visit to the Waterford area on the Munster Express at:
http://www.munster-express.ie/local-news/gerry-adams-prioritises-health-and-community-safety-on-visit-to-waterford/
Note:  Gerry has recently resigned from both parliamentary positions,  and is contesting the Irish General Election, which is approaching rapidly!
All pictures will enlarge on twice left-clicking on them. 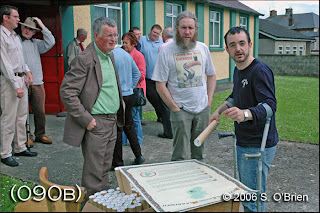 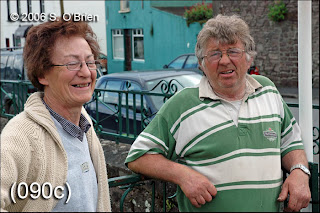 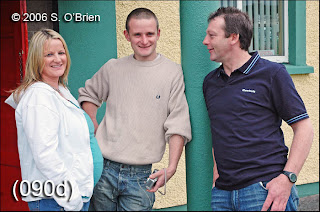 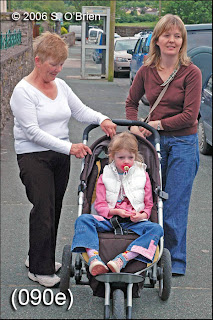 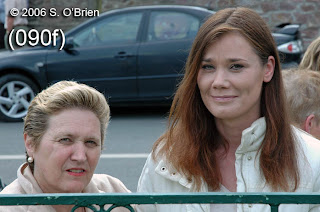 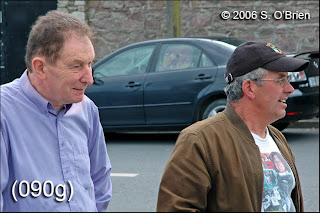 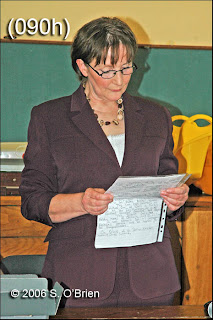 Address of Welcome by Chrissie Phelan. 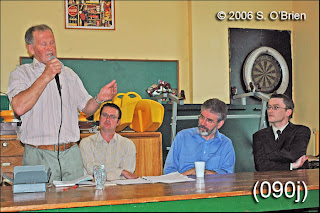 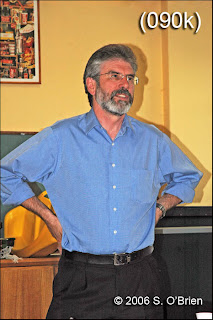 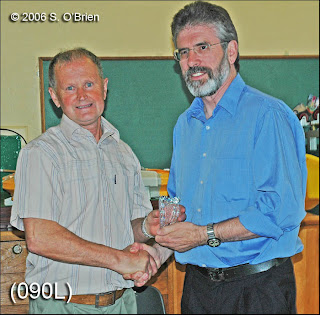 Presentation to Jackie Phelan, commemorating the 25th anniversary of the founding of the local cumann (branch) of Sinn Fén. 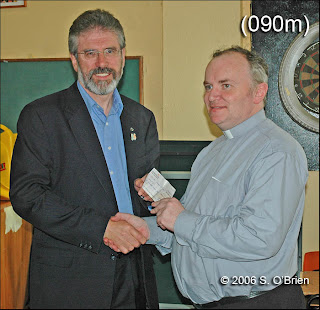 The Two Gerrys!
Gerry Adams  and Fr. Gerry O'Connor, the then-Curate in Portlaw.
A cheque for €500 changing hands!
Now, what's all this about?
(see bottom line in this series of pictures) 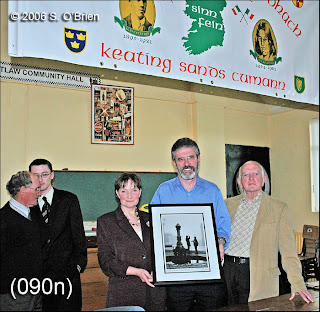 Presentation of one of my pictures to Gerry Adams
by the local Sinn Féin cumann. 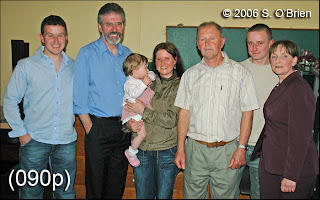 The Phelan Family of Brownswood. 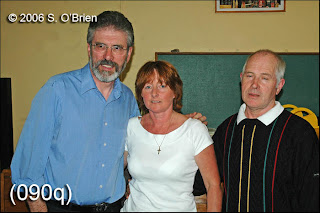 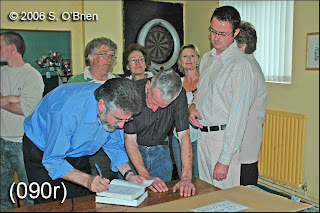 Signing copies of his autobiography. 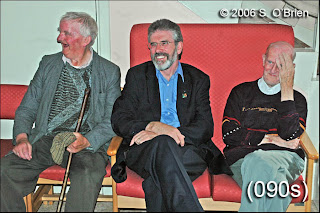 With some of the male residents in the local Martin Hospital. 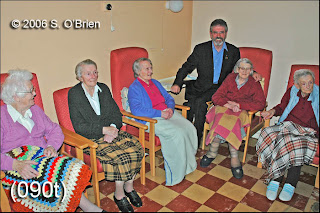 With female residents in the local Martin Hospital. 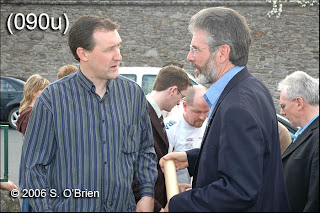 Conversing with Fintan Dermody of Mooncoin,
prior to departing from Portlaw.
oooOooo
The €500 cheque, the proceeds of a recent Table Quiz organised by the
Keating-Sands Cumann of Sinn Féin,
was a donation  towards the running costs of the Community Hall.
Posted by Seán at 9:29 PM